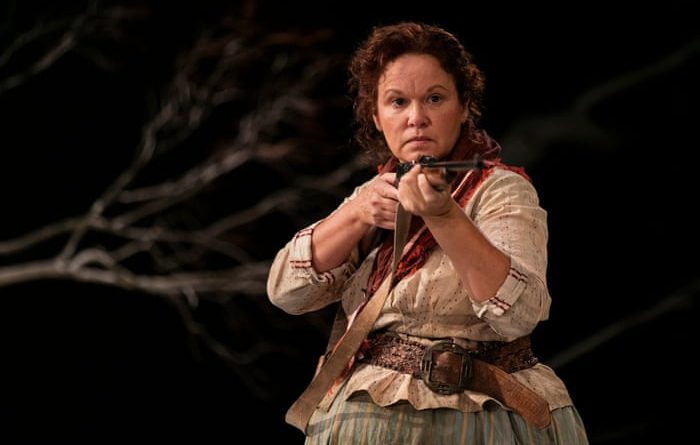 It’s hard to escape iconic bush poet Henry Lawson if you grow up in Australia with any expectations of being a patriot – that is, of course, if you are white. Second only perhaps to Banjo Paterson, Lawson’s short stories and poems about colonial Australia are so deeply entrenched in the contemporary cultural imaginary that even if you have no recollection of specific texts per se, their textures, tones, and themes are now so ingrained that they feel inseparable from contemporary rhetoric around the so-called “little Aussie battler”. This concept has been politically weaponized so heavily in recent decades that it can be considered a key pillar of how white Australia sees itself – always the victim, not the perpetrator or beneficiary of the gross inequalities that still plague the nation post colonization.

Lawson’s writing is typically male-centric and it’s hard to frame him as a friend to women. His outward racism and denigration of Australia’s First Nations people across his oeuvre is even more blatant. That Purcell – not just a woman, but an Indigenous Australian woman – took this story and turned it into something so uniquely her own transcends literature, theatre and film individually, and marks her Drover’s Wives, if you will, as a collective, multi-format corrective revision of a kind of Australian colonial masculinity that has been let off the hook for far too long.

For non-Australian audiences in particular, I imagine it might be hard to watch The Drover’s Wife and resist the temptation to draw parallels with Jennifer Kent’s The Nightingale, so this brief history lesson is an important one as it would be far too easy to miss precisely what it is here Purcell has done that is so exciting, so subversive, and so radical in her act of literary reclamation. Like The Nightingale, the film pivots largely around the relationship between a man and a woman from very different cultural and social positions based largely on their perceived race. Gendered violence and a revenge also feature heavily, but The Drover’s Wife deviates from The Nightingale significantly if only due to their very different histories, both in terms of their productions and their broader cultural legacies.

Set in the harsh but beautiful Snowy Mountains in southern New South Wales, Purcell plays Molly Johnson, a hard-working mother left to fend for herself and her children while her husband – as the title suggests – is a stockman, away from home for long periods of time as he goes droving. In Purcell’s version, an escaped Aboriginal convict and alleged killer Yadaka (Rob Collins) seeks sanctuary with Molly, who begrudgingly grants it. As Molly’s secrets slowly come to the surface, the community is divided, and her fate – as well as Yadaka’s – lie in the hands of the white settlers, some sympathetic to her cause, and others openly hostile.