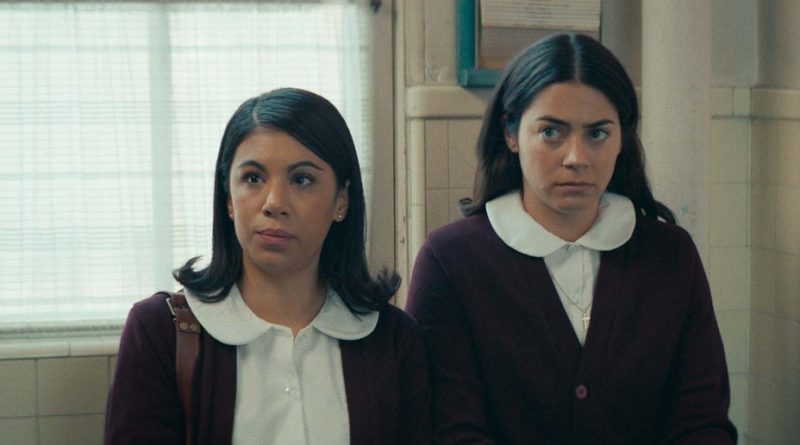 Buoyed by a committed and electric performance by lead Lorenza Izzo as 99% good girl 1% bad girl Celina, writer/director Lissette Feliciano’s Women is Losers places this story of feminist pluck and resilience in late 1960s San Francisco (Feliciano’s current stomping grounds). Catholic school girl Celina (Izzo) is limited by her own parents, who are in an abusive relationship and are therefore the worst role models, and soldier boyfriend Mateo, and temporarily finds support by her best friend Marty (Chrissie Fit) until she dies from a botched abortion. One indiscretion turns Celina from a hopeful coed to a hardworking single mother, but that doesn’t squelch her ambition and hope for the future. The rest of the film is about Celina dragging herself up by her own bootstraps, with the help of various characters whose interest in her span from empathetic to self serving, but all of whom are played by actors that light up the screen, from boss and financial wizard Gilbert (Siu Liu) to friends and interracial couple Calvin (Cranston Johnson) and Minerva (Liza Weil).

Though it adds a refreshing element to the story, the number of times in which the characters break the fourth wall to speak directly to the audience is out of balance. It would have been better to place them at consistent points throughout the plot, and including some of the less savory characters in doing so. The story also dips into melodramatic territory from time to time, vacillating between being one of those ubiquitous ABC Afterschool Specials of the 70s and a quirky flick loaded with actors who are or should be indie darlings. The production values, however, are impressive for an indie that must have had a limited budget. It was aided no doubt by being filmed on location in San Fran.

Feliciano is not only a filmmaker, but is committed to social justice, as exampled by her involvement with ICA Cristo Rey, an all girls school that provides private education to low income families, and her work as a founder of “The Alice”, the first full service co-living space for women only in San Francisco, where houselessness is an ever increasing issue. Her production company Look at the Moon Pictures was among the first production companies to mandate 50 percent BIPOC representation in leadership positions both in front of and behind the camera, and this production is a byproduct of that mandate.

There’s no doubt that Women is Losers is a crowd pleaser, especially with Lorenza Izza as its lead. Given the current numbers released each month on job loss and potential evictions from those effected by the pandemic, this optimistic indie and quasi-fairy tale will be great viewing for those needing a reminder that, contrary to the Janis Joplin’s lyrics that inspired the film’s title, women can be winners.