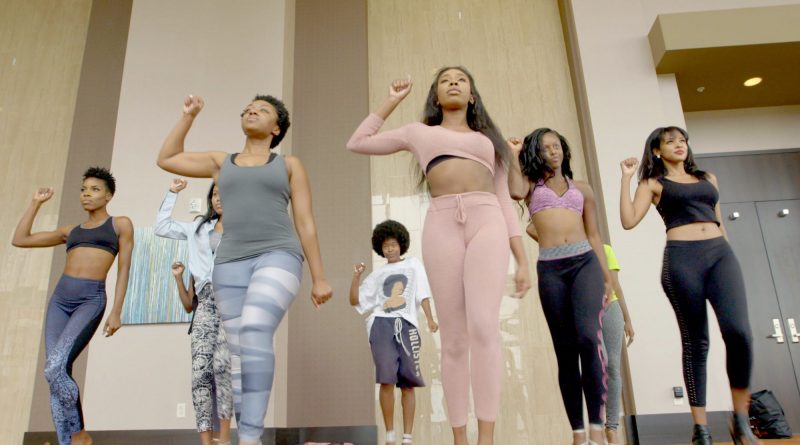 A feature documentary debut from Canadian writer/director Jennifer Holness, Subjects of Desire examines the history of beauty for women in the Black community both culturally and aesthetically, and what kinds of impacts that perception of beauty has had on the Black women of today’s America.

The film is focused to some degree on the Miss Black America pageant, which recently celebrated their 50th anniversary, and women who have been involved with it, but Holness interviews a wide spectrum of Black women. 50th Anniversary winner Miss Black America Ryann Richardson, 1st runner up Alexandra Germain, contestant and musician Seraiah Nicole, 2017 winner and PHD of African-American studies Brittany Lewis, Grammy-winning singer/songwriter India Arie, and Canadian icon Jully Black are just some who discuss their perspectives on themselves, and on how and where Blackness and beauty are seen and celebrated. There are also experts in the fields of Black history and culture, like CBC TV and radio host Amanda Parris, Dr. Cheryl Thompson, whose research focuses on critical study of media and the intersection of gender, class and power, and Dr Carolyn West, professor and writer of over 80 publications including ‘Mammy, Sapphire, Jezebel, and the Bad Girls of Reality Television: Media Representations of Black Women’.

West’s insights are of particular use in the segment that explains the history of three enduring stereotypes for Black women, which trap them into being seen in extremely limited, one-dimensional ways, often perpetuated by white folks continuing these tropes in society. Black women are placed as either ‘mammies’, caregivers that spend more time caring for their white charges, jezebels, who are represented as sexually insatiable (and therefore responsible for their own sexual harassment and abuse), or sapphires, the loud, angry Black woman, named after a character in Amos and Andy. These limited perceptions have a huge impact on how the beauty of Black women is seen from the outside. That’s just one educational aspect of the documentary. There are also segments that explain how Black hairstyles have been limited, controlled, and manipulated by laws, and the impact colorism and shadism has on perceptions of beauty inside the Black community.

There are many people of color both in front of the camera and behind the scenes of the film, including co-producer Sudz Sutherland, cinematographers Iris Ng and Ricardo Diaz, and composer Teddi Jones, but the lioness’s share of credit goes to Holness. She crafts a great story arc that encompasses both educational elements, and candid, emotional interviews from a wide spectrum of Black women speaking to the lesser or greater acceptance of their beauty and their physical expression thereof. The interviews seem unfiltered and authentic. A number of these women reveal their own negative experiences around their Blackness, whether it be from bullying, erasure, sexualization or outright racism they’ve had to navigate, leaving emotional scars they have had to work through to land at acceptance of themselves.

I was shocked to see Rachel Dolezal interviewed, and thought it foolhardy to give voice to someone who has no real perspective of what it means to be Black, until other women being interviewed offered their own thoughts on Dolezal and other white women who have appropriated Blackness. As a white woman, I found Dolezal’s naive and entitled insistence that she ‘can’t go back to being white’ enraging, and the ultimate expression of crass white entitlement. One interviewee, however, said if she didn’t forgive Dolezal and women like her, she’d be ‘hurled into a constant state of rage I can’t afford’. That statement showed just one aspect of my own white privilege I hadn’t considered. I have the luxury of a kind of rage that Black women have to let go of on a daily basis.

Fascinating, educational, and insightful, Subjects of Desire should be seen widely and considered thoughtfully by people of all colors, not least to make small inroads in reframing the weight placed on Black women to contort themselves into what is expected of them. Black women deserve more. They deserve to celebrate themselves completely free of a societal judgment which is seated in hundreds of years of racism.