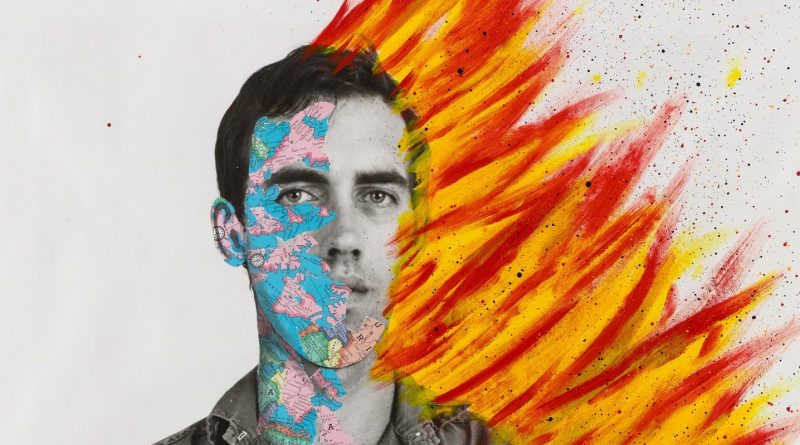 The subtitle to this biopic of the activist/artist David Wojnarowicz drops three F bombs. The blitz that still shocks was an exhortation flung at the multi-media artist by a homophobe, so Wojnarowicz used it as an ironic title for one of his works. It fits this revealing, inventive documentary.

Wojnarowicz was born in 1954 and died in 1992. Nothing about his life was easy. His father was a drunken monster. He was homosexual when that was illegal. He was a heroin addict for a time. He was an artist, so making a living rode peaks and valleys, and he was an outsider, who identified with Rimbaud and Genet. He lived during the epidemic of AIDS; he died of that virus at age 37.

Peter Hujar, the photographer who served as Wojnarowicz’s mentor and father figure, said, “David is talented in a chaotic way.”

Wojnarowicz covers that relationship and others in the artist’s life. The director, Chris McKim, exploited Wojnarowicz’ diaries and tapes as foundational for this biography. His very artworks were autobiographical. McKim extended the source material with interviews with art critics like Nan Goldin and Carlo McCormick; watch closely for an article by Patricia Degener, then the St. Louis Post-Dispatch’s art critic.

For commentary, McKim included fellow artists like Kiki Smith as well as Wojnarowicz’ sister Pat and brother Mark, who worked for AAA and supplied maps for some of David’s artwork. McKim televises contemporaries, such as Ronald Reagan promising to make America great again. The artist’s old friend, Fran Liebowitz, described the essence of the early Eighties thus: “We thought sex was good for you and not having sex was bad.”

More than anything, the documentary brings back Wojnarowicz’ art, both the private works in his taped journals and his public works, like “Tongues of Flame,” displayed at the Whitney. Nothing about the film is easy to watch, but it’s a good double-bill with It’s a Sin, a British series of fiction about the Eighties and AIDS in London. The two works bookend a moment in time to act up.