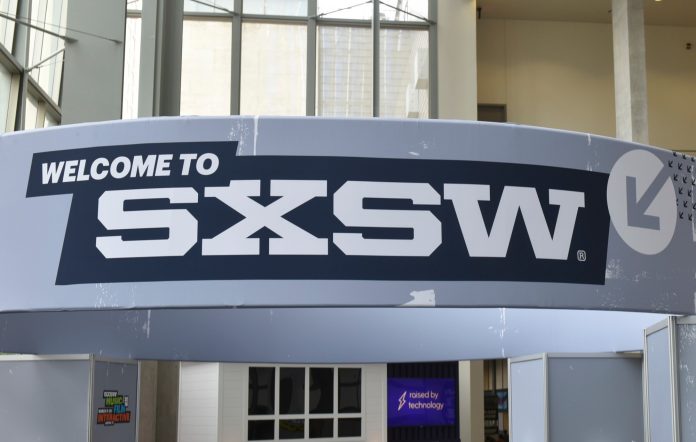 This year at SXSW there are a number of powerful female filmmakers of color who are shining a light on important social issues both through narrative and documentary films, employing women of color in front of and behind the camera. They are an inspiration not only for their commitment to diverse voices, but also for creating great content worthy of our attention. Here are some of the best offerings at the fest you can see right now.

The Drover’s Wife: The Legend of Molly Johnson

Indigenous actor/writer/director Leah Purcell presents a reimagining the classic Australian short story The Drover’s Wife from 1893 in which a nameless pregnant woman and mother struggles to survive and keep her children safe in the barren landscape while her husband is off droving sheep.

Based on her 2016 successful stage play of the same name in which she also starred, Purcell alters and expands the story to center on identity and gender, and adds believable tragic series of events that turn it into an indictment of Australia’s history of racism, misogyny and violence towards women. In her story, a revenge thriller, a drover’s wife named Molly Johnson is working to survive after her husband has disappeared. She finds a shackled Aboriginal man named Yakada (Rob Collins) on her property, and they form a strong bond when he stays and helps her with the many tasks required to keep her and her children safe and fed.

The aboriginal man is actually based on Purcell’s own great grandfather. In the character study of Molly Johnson, she creates a strong, resilient, and fearless woman making decisions to fight outside threats while she raises her children. It is a powerful story about the strength of a woman in the face of near impossible odds.
She is telling an indigenous story from the inside. Born in Queensland, she is the youngest of 7 children of Aboriginal and white Australian descent, and after a difficult adolescence she moved to Sydney and built a career as an actress, winning multiple awards in the process.

In her feature documentary debut, Canadian director Jennifer Holness takes the complicated topic of beauty standards for Black women and examines its history, the recent shift of standards towards Black aesthetics and features, and how that is being received by a population whose appearances have been ever judged, reframed, or dismissed by the prevailing white culture. She engages a number of women of color for the project both in front of and behind the camera. Offering a wide diversity of perspectives, including those that might be seen as controversial, Subjects of Desire is a film that will expand understanding, especially for white folks who see it.

Holness is an award-winning female filmmaker of color who has worked as a documentarian for nearly 20 years. She was recently awarded the Canadian Media Producers Association Indiescreen Established Producer of the Year in recognition of her career achievements in contributing to the Canadian film industry. She is also a passionate advocate for diversity and mentorship and is a founding member of the Black Screen Office, which advocates for creatives of color in the Canadian film industry.

I’m Fine (Thanks for Asking)

Co-director/producer/writers Kelley Kali and Angelique Molina came together to tell the story of recently widowed Danny and her 8-year-old daughter, Wes, who are houseless. In an attempt to shield Wes from the darker side of their predicament while she works to find permanent housing, despite the oppressive LA summer heat, Danny pitches a tent and convinces Wes they’re on an extended camping trip. Filmed as one day in their life, Danny sets about raising the rest of the cash as a downpayment for a new apartment, with only her roller skates as a means of transportation. A series of mishaps puts unexpected pressure on her to find other ways of raising money, she has to get creative in order to end the day by keeping her promise of a new apartment to Wes.

I’m Fine was filmed at the height of the pandemic, with many of the production crew playing roles in the film, including Kali in the lead role as Danny, Molina as one of Danny’s hairdressing clients, and Kali’s co-producer Deon Cole. A large percentage of the production were made up of women of color. I’m Fine speaks not only of the invention and commitment of female filmmakers of color, but the narrative also relates the challenges for Black mothers of limited financial means in the US.

The narrative feature debut for trans filmmaker Mari Walker, See You Then was born out of Walker’s personal experiences, including her guilt and depression at never having children. In considering her own perspective about family and parenthood, lead characters Kris and Naomi came into focus for her. The film follows the reunion of a former boyfriend and girlfriend after Kris has transitioned and created a new life as the woman she always was on the inside. Trans actress Pooya Mohseni plays Kris and Asian-American actress Lynn Chen plays Naomi Liu. Chen is an award-winning food blogger and body image activist. Mohseni was born in Tehran, Iran, and has guest starred on a number of primetime shows, becoming the first middle eastern trans actress to play a role of judge on a prime time procedural. She is a transgender advocate and a voice for immigrant and women’s issues.

Fruits of Labor is a documentary that follows American teenager Ashley, who dreams of graduating and going to college, she must endure the threat of her family’s deportation while she works to make her own bright future a reality instead of condemning her to a life of breadwinning by scrapping anywhere where she can make ends meet.

Director and co-cinematographer Emily Cohen Ibanēz is a Latinx filmmaker with Colombian and Syrian Jewish heritage. A former Fulbright Scholar, she combines her filmmaking with her commitment to labor, environment and health justice activism, exampled by her film Bodies at War, which focused on the lives of Columbian victims of landmine injury. Fruits of Labor is her directorial feature documentary debut.

Luchadoras references lady gladiators in Spanish. This documentary film, co-directed and co-written by Latinx director Paola Calvo, centers on female wrestlers of Ciudad Juárez, which is known to be dangerous by the women who live there, and has one of the highest murder rates of women in Mexico. With stage names like Lady Candy, Baby Star, and Mini Sirenita, these wrestlers seek better lives for themselves and their families by becoming fighters and offering spectacle in wresting rings, while working to redefine what it means to be a strong, independent woman in Mexico.

Calvo is from Venezuela, and studied Audiovisual Communication in Madrid, before she moved to Berlin to study cinematography and directing for documentary films. She’s an award-wining filmmaker that has focused, among other things, on the power of feminism in disenfranchised communities.

Writer/director Lisette Feliciano is a filmmaker whose production company develops original content that develops positive stories centering underrepresented voices. Her narrative feature debut is Women is Losers, named after Janis Joplin’s’ song of the same name. The story is about Celina (Lorenzo Izzo) whose unexpected pregnancy in 1967 derails her schooling and hopes of a better life, which she dreams of hiding in her bedroom while she steers clear of her abusive father. As she gets older and her son grows, she works 3 jobs, staying hopeful that she can rise above what is expect of her by a society that either holds low expectations or erases Latinx women.

Feliciano balances her filmmaking with her social justice. She has been part of a committee of ICA Cristo Rey, an all girls school that provides private education to low income families, and is the founder of “The Alice”, the first full service co-living space for women only in San Francisco. Her production company Look at the Moon Pictures was among the first production companies to mandate 50 percent BIPOC representation in leadership positions both in front of and behind the camera.