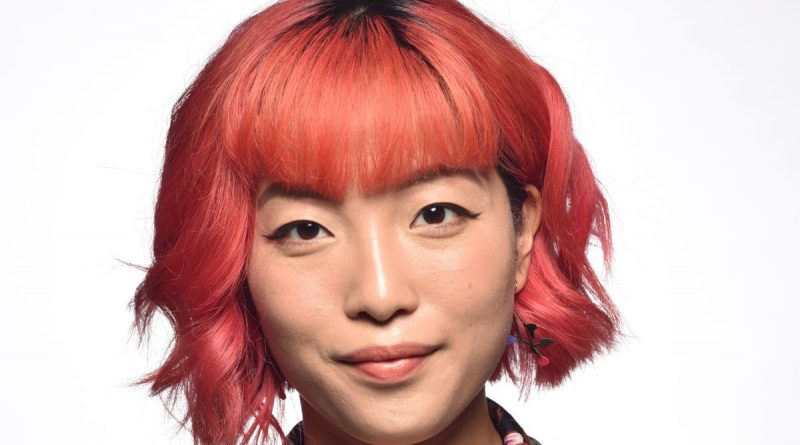 Michelle J. Li designed the costumes for Shiva Baby, written and directed by Emma Seligman. It is set at a post-funeral gathering. The main character is Danielle (Rachel Sennott), who arrives with her parents (Polly Draper and Fred Melamed) and runs into her ex-girlfriend (Molly Gordon) and her “sugar daddy,” the man she has been sleeping with for gifts and money. He did not tell her he was married and the father of a baby. There are a lot of evasions, revelations, and confrontations, played more for farce than melodrama. In an interview, Li talked about the challenges of keeping distinctive looks for characters who are almost all wearing black and where she found the “expensive” bracelet that is the subject of much discussion in the film.

Nell Minow: Tell me a little bit about your background, and what brought you to this point.

Michelle J. Li: I went to school for costume design. I graduated from Carnegie Mellon, and their Costume Design program, undergrad. And I had such a great time in that program. And as soon as I graduated, I got hired onto a short called the A Portrait of Frances, Enclosed. And that’s actually where I met Katie Schiller, who was one of the producers for Shiva Baby. And so, she enjoyed working with me so much that she thought Emma Seligman and I could hit it off. And we did.

NM: What kind of research did you do about shivas and what people like Danielle and her family wear to them?

MJL: A lot of the initial research was based in the short version of the film that the feature is based off of. Emma and I talked a lot about how truthful to the short we wanted to be for the feature film. And she was like, “Don’t feel any pressure to have to dress the characters exactly the same way.” She gave me the freedom as a costume designer to bring the design to the next level. A lot of the other research came from conversation between me and Emma. She was super open about her background. And she even set up a call between me and her mom. We were on the phone for hours talking about the dress etiquette and the do’s and don’ts of Reform Jewish shivas. That gave me an insight into how to approach the costume design. And Emma also, she provided a lot of family photos from her upbringing, so I saw what family functions look like in her family being Jewish and growing up. And so, I was really lucky for her to be able to give me such firsthand resources.

NM: It must be a challenge to do a movie where pretty much everybody is wearing black but you still have to make these characters distinctive and visually interesting.

MJL: Of course, at a shiva, the main color is going to be black. Emma and I spoke about it a lot. We as the consumer, think of black as one color. There are many, many different shades of black. There are warmer blacks, there are cooler blacks, and depending even upon the type of fabric, black absorbs light or reflects light.

When you put black in front of the lens, it becomes such a dark void, and you can lose a lot of definition from the silhouette of the character. I was really conscious about making sure that the texture and the pattern of whatever costume piece I was using really was the defining point that could help bring more interest into making it black, but interesting. For Danielle’s mother, Debbie, I went shopping all over and I found a couple of pieces that we based off Emma’s mother’s wardrobe for the costume design. And so, it was really, really great putting together Debbie’s outfit, because Emma gave me some costume pieces from her wardrobe that were passed down from her mother that actually made it into the film. I think the shoes that we used for Debbie’s character were actually Emma’s shoes from her mother.

We spoke a lot about fashion designers that influenced that mother’s character. We looked at Eileen Fisher, we also looked to the personal style of Emma’s mother. It’s very high-low, combining a lot of off-the-rack type clothing, and then a couple of designer pieces to rounding it all together. We were looking for a cooler silhouette. And so, we thought that this flowy not too close to the body kind of clothing would kind of put her in the “I’m a cool mom” kind of category. And the glasses that her character wore, I actually got from Zara. And we brought them to this great vendor in Chinatown that changed out the lenses for glass lenses to help reduce the glare from the camera and the lights that we had to shoot with. So, that was really, really fun.

NM: I want to ask you about a couple of costume items that are central to the plot. First, Danielle wears a white shirt, that really helps us pick her out of the crowd in all that black, and someone spills coffee all over it. So tell me about that shirt, and how many multiples did you have to get?

MJL: I love this story. So, the white shirt that Rachel Sennott wears when she’s playing Danielle, I had only prepared I think two doubles in addition to the primary shirt she was wearing. And it turns out that wasn’t enough. We needed to do a couple more takes. So, those two shirts were sourced from Forever 21 when they were going out of business. They were on the clearance rack. And I was like, “Oh, perfect I can get these doubles for really cheap.” But it turned out, I needed two more. And so, I think I went to three different Forever 21’s all over the City trying to find this one shirt.

I brought the tag and the SKU number and I spoke to so many receptionists who were so helpful. “Please, please, please tell me you have some stock.” I ended up finding a couple more, thank goodness. The costume gods were looking kindly upon me. So, I did manage to have a couple more doubles. But in terms of choosing the type of drape and the type of fabric that we ultimately settled on, that was a big conversation that me and Emma had. I think I had maybe four or five different types of white button-down for her to look at. And we tried them all on in our fitting with Rachel. And the one thing that Emma kept coming back to was she wanted a shirt that was kind of translucent. And it gave an air of someone who was trying to dress up but was still a little bit frumpy. The ultimate fabric, I think it was a linen blend. It has a looser weave to it. And it draped really nicely, but also wrinkled really easily. And so, the wrinkling part of the linen fabric worked to our advantage to help create the contrast in clothing between the other characters who might be wearing white.

NM: And then another plot point, of course, had to do with the bracelets. How did you look for something that was so significant to the story?

MJL: I knew that was going to be a hero object. I also got many multiples of the bracelet and I think I got three or four different styles of bracelets. Because not only did Rachel have to wear one as Danielle but another character has to wear the same one. It had to look a little bit expensive. Like someone had spent a bit of money on it. And so, this isn’t a secret in the costume design community, Earrings Plaza is a wonderful little resource in Midtown that sells a lot of jewelry, costume jewelry at a wonderful wholesale price. The costume jewelry selection is incredible. You can’t beat the prices.

NM: What’s next for you?

MJL: I also production design. I have a feature coming out later this year. And actually, the producers from “Shiva Baby” were also involved in this feature coming up. It’s called “Dating in New York.” And it’s directed and written by Jonah Finegold, starring Jaboukie Young-White and Francesca Reale. That is a film that I’m really, really proud of because it was my first feature as a Production Designer. And so, I’m really excited for that to come out.