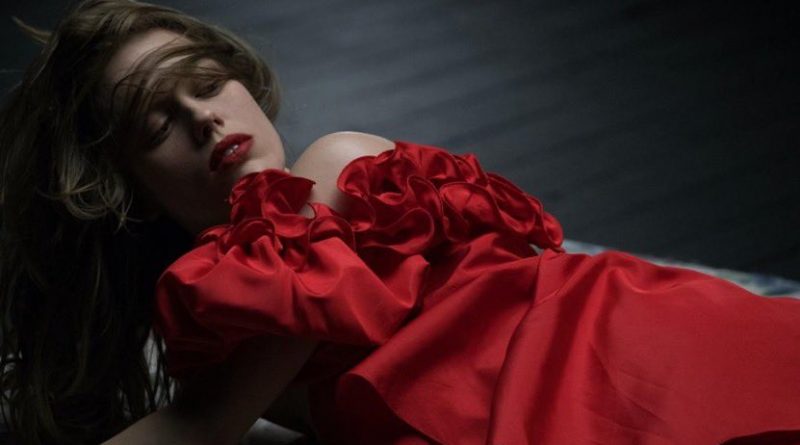 Sugar Daddy is Canadian filmmaker Wendy Morgan’s first narrative feature and it is a film with a well told story written by a woman, made by women about women and expressing a woman’s perspective on issues faced in particular by women. The story follows Darren (Kelly McCormack, who also write the script), a young and talented musician — a starving artist, as she describes herself — who is struggling to support her day to day life and her musical aspirations by taking part time jobs. She’s fired from her catering job and, behind in her rent, she signs on to be an escort to men who pay to have dinner with her — and the deal is that the meal and her time are all they are buying. They also buy her expensive clothes to wear on her dates and other gifts that she accepts, albeit with some discomfort. And she sort of clicks with one of her patrons, a wry businessman played by Colm Feore, who invites her into his life, bringing her to artsy events, introducing her to his friends and potentially helping her in her musical career. However, when her clique of close friends, her male roommate and her sister find out about her new source of income, they question her acceptance of the ‘escort’ arrangement, and hotly debate all the issues it raises, issues of morality, self esteem and self knowledge. The film expresses Darren’s inner angst through mystical fantasy dance sequences that visually represent the torture Darren experiences as she tries to maintain her integrity. Sugar Daddy is a beautifully crafted film. Morgan, cinematographer Kristin Fieldhouse and editor Christine Armstrong skillfully tell the story through moving images that subtly indicate shifts of mood and intention as they inform the viewer of Darren’s evolving feelings and circumstances. Kelly McCormack’s brave and intimate performance is simply stunning. As writer and actor, she allows Darren’s story to unfold without explanation or apology. Brava!