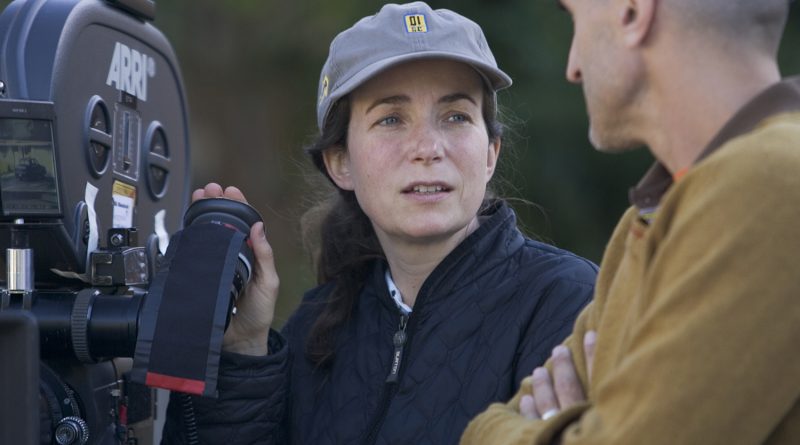 The first woman ever to win an award from the American Society of Cinematographers, Tami Reiker has been forging her own path as a cinematographer since her college days, making art with directors like Lisa Cholodenko and Gina Prince-Bythewood. Fascinated by people and their stories, her work has taken her to destinations that range from well-trafficked to hidden corners. She has many tales to tell and loves to do so — most often with a camera in hand.

Tami Reiker’s love for images began at age 12 when she received her first camera from her father. She recalls the early days of youthful bliss and finding her passion. “I just fell in love with taking pictures in the darkroom and manipulating images,” she explains. “My last few years of high school, I was in the dark room more than anything else.”

When it was time to go to college, she chose NYU where she spent many magical hours in the dark room, learning even more about hand tinting and image manipulation. Photography wasn’t Reiker’s initial career goal, however. She confesses, “I thought I wanted to be a director.” Her love for photography mingled with her love of film, and suddenly a new road emerged. “I started shooting a lot of student films and I just fell in love with it.”

While shooting grad films at Columbia, Reiker got to know and work with a number of up and coming directors. Maria Maggenti hired her for her first feature, The Incredibly True Adventure of Two Girls in Love. After working on Lisa Cholodenko’s graduate film, the two collaborated on High Art, Cholodenko’s debut feature. At the time, Reiker was also shooting music videos and taking inspiration from Harris Savides, a cinematographer who was fearless when it came to experimentation. He became something of a mentor to the promising DOP, who recalls, “I would bring him Polaroids from my shoots and ask him all kinds of questions and he was so great at pushing to experiment and to push the bounds and not do anything conventional.” Who better to learn about unconventional cinematography from than the man who was known for baking film?

Music videos were a vital part of opening doors to the industry. “Back then,” Reiker says, “every band had a video.” She bought her first 16mm camera, an SR-1 and started shooting music videos by the dozen. And that was when her worldwide adventures started. She remembers, “I had this connection in Jamaica where I’d fly down all the time and shoot reggae videos.”

It was about more than the simple experience of traveling and filming music and bands, though. Those days gave her learning opportunities she hadn’t had in her regular college experience. She learned about color correction and processing, for instance. “When you shot a music video, you would physically go to the color transfer because in music videos there were no dailies. You’d process the film and then you sat in the color session and you watched every frame of film that you shot.” For Reiker, this was a more meaningful learning process than skimming through dailies or waiting for edited and completed projects.

In addition to shooting music videos in Jamaica, Reiker’s work has taken her all over the world. After her son was born, she had less time to work on feature films, but plenty of time for commercials, which afforded her the chance to circle the globe. “I’ve been around the world like three times,” she says, not to brag but to explain one of the many reasons she loves her work. “It’s one of the best parts of my job. When you’re on commercials and you’re going to India and Cape Town and Tokyo and everywhere! Helsinki and Iceland, and you’re staying at five star hotels and it’s so… fun.” And what made it even better? “I got to bring my son a lot too. He’s been so many places with me.”

With so many incredible destinations and adventures, two places were particularly impactful. “I loved shooting in Cambodia, at Angkor Wat. That was really special. And then, Haiti. I’ve been there three times shooting. I love Haiti, and the people.” Despite the circumstances, 2020 was a huge year for movies, and Tami Reiker added two significant films to her resume. The first was an action-packed fantasy directed by long-time collaborator, Gina Prince-Bythewood: The Old Guard. The Charlize Theron/KiKi Layne comic adaptation was a summer hit for Netflix and was the biggest budget Reiker and Prince-Bythewood had ever worked with. Reiker laughs as she talks about how different the experience was. “We’re always making movies where you are scrambling. ‘Can we have a techno crane for one day, please?’ And here they’re like, ‘You want the techno crane for everyday?’”

Seemingly endless resources are a dream for any film crew, but it takes true artists to know when to reign it in. “We had to really stay strong,” Reiker says. “We had this vision of shooting the whole thing handheld. Zero Dark Thirty was our mantra. That was the film that we were modeling it after, that camera movement and that feeling” The result is a gritty, engrossing action movie that invites viewers into the tight inner circle of the central characters.

In a similar way but with different techniques, Reiker helped craft an intimate – but not claustrophobic – limited location story in Regina King’s debut feature, One Night in Miami.

Directed by Regina King and written by Kemp Powers, One Night in Miami is a fictionalized account of a real meeting that occurred in February 1964, the night Muhammed Ali (neé Cassius Clay) won the heavyweight championship and spent an evening with his friends Malcolm X, Jim Brown, and Sam Cooke. A conversation between four men in a hotel room may not sound particularly exciting, and may sound visually unappealing, but it is one of the most riveting and exciting films of the year. One big reason for that? Reiker’s use of jib arms. As she explains it, “We wanted to always keep the camera floating, sometimes a lot, sometimes really almost imperceptible. That’s so we could keep shifting perspective to the different characters.”

In an intimate film where four central characters allow themselves to be vulnerable and open, breaking down pages and pages of dialogue was “daunting” but not insurmountable. In the end, she says, “We decided not to break it down. We would choose very long masters from different angles of the room and then those masters would inform our coverage, we would find connected moments so that we could shift the perspective or rack focus.”

Connected moments are at the heart of One Night in Miami, and so many of Reiker’s other projects. From Pieces of April to Beyond the Lights, in music videos and commercials and so much more, Tami Reiker has a gift for finding the connected moments in unexpected places. Her contributions to her craft and to the industry are not only found behind the camera, but in fostering the next generation of photographers too. While the entertainment industry makes strides toward inclusion and diversity, cinematography continues to be one of the most male-dominated fields for filmmakers. In 93 years of Oscar history, only one woman has ever been nominated for the Academy Award for cinematography. Tami Reiker may not call herself an inspiration or a mentor, but her work, her stories, and her unique experience inspire colleagues and emerging artists to march on and do what they love. She supports other women in the industry and empowers her colleagues to strive for new opportunities, doing so through the lens of her unique perspective. — Karen Peterson