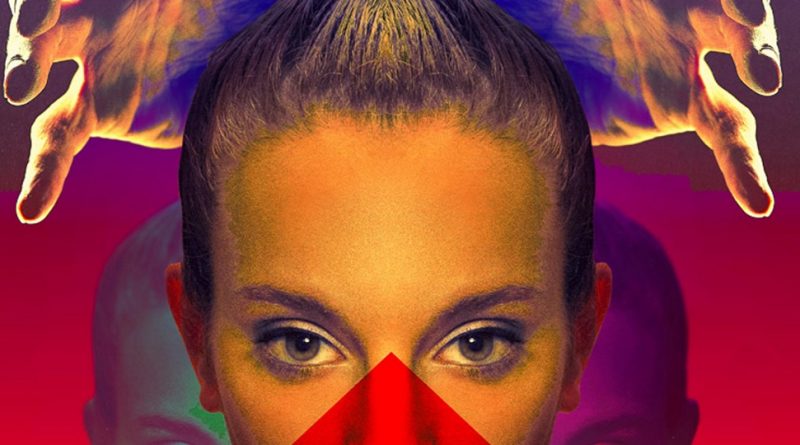 Horror has long been a fascinating space to unpack the very real life and far too ubiquitous horrors of domestic violence, often granted extra potency through the incorporation of supernatural elements. From The Amityville Horror to The Entity to The Babadook, the waking nightmare of domestic violence is reimagined through dark fantasy to evoke a sensory as much as an intellectual and emotional connection to what it must feel like to live in your own home – a place that should be a sanctuary – and constantly live with the pervasive threat that violence in all its variations could explode at any moment.

Writer/director Tj Marine’s low-budget At Night Comes Wolves is a fascinating addition to what here should perhaps be recognized more formally as a subgenre of sorts, combining male domestic violence against women – here, primarily psychological and sexual – in a fascinating and quite ambitious way with the misogyny that drives religious or spiritual cults and cult-think. While the bulk of the film turns towards a complicated (and, perhaps at times, somewhat convoluted) plot about cosmic healers and a male-led supposedly feminist doomsday cult, in many ways the film’s most horrific moments are those that do not fit so typically within the codes and conventions of the genre’s more readily identifiable iconography.

From the very beginning, we find Leah, a downtrodden housewife played by a superb Gabi Alves in a performance that undeniably holds the film together. It’s her husband Daniel’s (Jacon Allen Weldy) birthday, and from the get-go he’s an unambiguous, undisguised pig; bounding from passive aggressive to aggressive in seeming micro-seconds. He is a man who has made gaslighting an art form, and the overpowering, destructive impact this has had on Leah is frankly tough to watch. She’s so eager to please that it verges on desperation, and after a sexual humiliation in the film’s opening scenes leads to an uncomfortable but thankfully brief and delicately handled demonstration of Daniel’s sexual bullying, Leah soon reaches breaking point and leaves.

It is here where At Night Comes Wolves becomes altogether more epic in its creative vision, but it’s thematic core – revealing the insidiousness of misogyny in all its forms – remains the same. Stranded in the middle of nowhere, Leah meets an enigmatic and somewhat cloying woman who lures her to a man in the woods who can change her life. Here, the narrative takes bold (although perhaps not always successful) experimental leaps back and forth in time, playing with the film’s chronology to provide backstories for the satellite characters whose journeys intersect with Leah’s core predicament. A mysterious plant, an unlucky park ranger, and the revelation that Daniel is not and has never been who he has pretended to Leah he was lead to the revelation that misogyny takes many shapes; men who are misogynists in the home are unlikely to express more wholesome values beyond it, no matter how hard they try to disguise it.

At Night Comes Wolves becomes decidedly cosmic in its increasing philosophical abstractions, but is always at its strongest when Leah is central to its action. While the ambition of the film’s climax does not quite equal its execution, surely no one can deny the passion and fury that drive this film. And when it comes to the question of misogyny, maybe that’s more than enough.