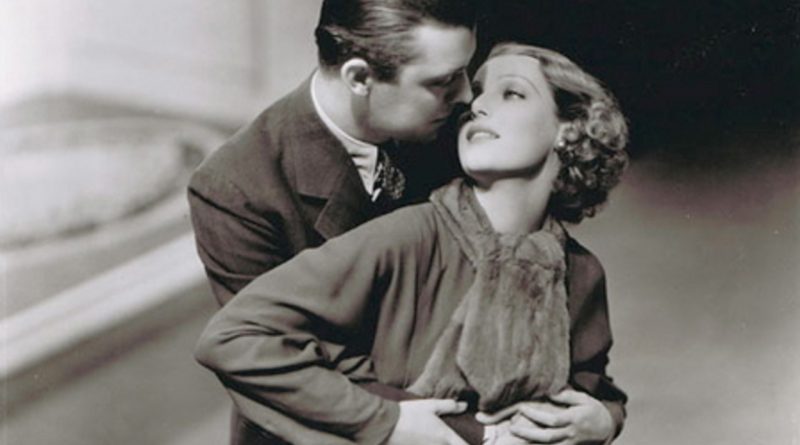 With misogyny and sexual violence back in the headlines, now seems to be the perfect time to reflect on how ancient these related practices are with a viewing of the nearly 90-year-old pre-Coder She Had to Say Yes. The directorial debut of both Busby Berkeley and the film’s editor, George Amy, She Had to Say Yes is without a doubt the most degenerate pre-Code film I have ever seen. The capricious, promiscuous, rape-happy Greek gods have nothing on the male leads in this film: Lyle Talbot as Danny Drew, a customer of salesman Tommy Nelson (Regis Toomey), who works for clothier Sol Glass (Ferdinand Gottschalk). It appears to be standard business practice for buyers to be “entertained” by models and specially hired “customer girls.” But the Depression is raging, and keeping customers happy with the same old whores they see on every buying trip just isn’t working. Tommy hits on the idea of recruiting women from the secretarial pool to take their place—on a voluntary basis, of course, and with a sizable bonus for their after-hours efforts. One of those secretaries, Florence (Loretta Young), is engaged to Tommy. He wants her to stay out of the customer entertainment business, that is, until he starts cheating on her with one of the new customer girls, Birdie (Suzanne Kilborn), whom he screws so he doesn’t have to sully his virginal bride-to-be. To spend more time with Birdie, Tommy pushes Florence at Danny, who nearly rapes her and then falls in love with her when he discovers she is pure as the driven snow. Sexual pathology anyone? All the men in SHE HAD TO SAY YES are sexual predators, cheating on their wives and pimping out their employees and girlfriends for financial gain. In a standard Hollywood love triangle, Danny would have been a stand-up guy from first to last, but his initial encounter with Florence shows his true colors, which come flying back when he wants her to help him secure an important business merger. When she does too good a job, though, he shoves her off the pedestal he put her on. In a strange way, this film deals with the loss of innocence all adolescents face, but Florence is not allowed to mature with her sense of integrity intact. Despite the desperately awful messages of this film, it is quite honest about Florence’s behavior in the face of so much schizophrenic depravity, and Loretta Young is great as a young woman who finally gets wise to the world she’s expected to live in. The opening sequence reveals Berkeley’s elegant and suggestive eye as the camera travels silently from sketches of women by the film’s costume designer, Orry-Kelly, to models in the showroom, and secretaries in the steno pool. A bit of comic relief comes from Winnie Lightner as Florence’s roommate and Hugh Herbert as a buyer, but the film is largely an earnest affair. You may be tempted, as I was, to turn it off early, but I’m glad I stayed and saw what this film has to say about the price of saying, “yes.” (1933, 64 min)