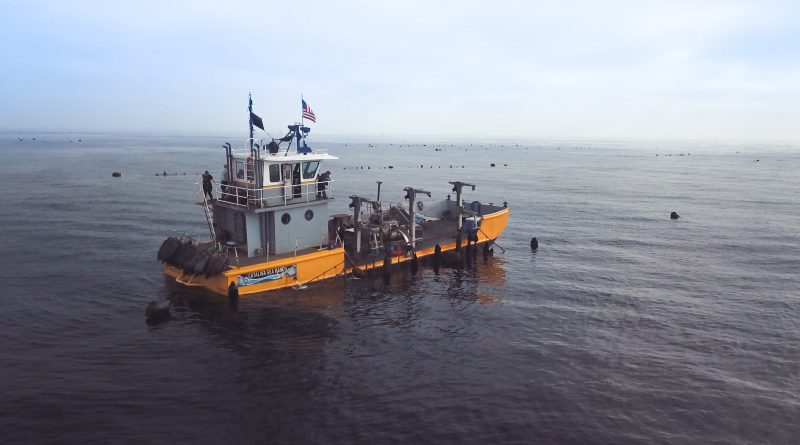 They Say It Can’t Be Done is a fascinating new documentary that just might renew your faith in human ingenuity.

The film features a handful of people working on brilliant solutions to such major global problems as climate change and food shortages.

What’s involved are things such as lab-grown human organs for life-saving transplant, real chicken nuggets made without harming an animal and a gizmo that looks a bit like your gran’s old drying rack that sucks harmful carbon out of the air.

To most laypeople it’s the stuff of science fiction, but it’s all real and happening now.

All these futuristic inventions aren’t really what the movie is about, as it happens.

They Say It Can’t Be Done is actually about innovation vs. regulation, and it’s the sort of film that leaves people arguing out in the parking lot once it’s over.

Academics, economists, lawyers, regulators and policy makers are among those interviewed here on the subject of regulation. At the beginning, Emory University’s Patrick Allitt observes that intelligent regulation has created a better, safer world for us all; by the end, you might be inclined to wish regulators would hurry up, or better yet just get the hell out of the way.

In between, the movie features extraordinary innovators, among them Dr. Anthony Atala, director of the Wake Forest Institute for Regenerative Medicine. Atala is using 3D printing technology and patient cells to create bespoke organs and body parts. Atala’s team can show you how to grow someone a new ear; the organs they can create will eliminate the waiting list for transplants.

Then there’s Josh Tetrick and the scientists of Eat Just Inc. a company using cell culture technology to create real animal protein without killing any animals.

The process involves growing animal cells in a lab and feeding those cells a liquid solution of nutrients; as lab conditions are sterile, growing meat safely does not require any antibiotics and — even better! — Wagyu beef is no more expensive than any other beef.

Creating meat without harming animals is, as one scientist says, “Creating a system where everyone eats well.”

That’s a system the animals could probably get behind, too.

The film also features world renowned physicist Dr. Klaus Lacker, whose plastic “trees” use sheets of material capable of capturing and removing atmospheric carbon at 1,000 times the rate of an organic tree.

And in waters off the coast of California, ocean farmers show how the sea will help provide the 70% increase in food supply needed by 2050. Aquaculture helps de-acidify the ocean even as it provides sustainable, organic food to feed the world. Catalina Sea Ranch is featured here, with their facility six miles offshore growing mussels and kelp.

As They Say It Can’t Be Done illustrates, entrepreneurs and innovators are often faced with an outdated regulatory system. That’s a particular problem for entrepreneurs working on life-or-death projects, as Dr. Atala is doing with man-made organs; regulations are also sometimes used as a cudgel by big corporations to keep others out. As attorney Jeff Rowes (Institute for Justice) points out in the film, big business loves regulation as it allows them to stifle competition.

Since the film was made Eat Just has had to take its science and ethical meat creation to Singapore, while Klaus Lacker’s carbon-reducing “trees” will be developed in the UK.

Whether or not you form an opinion on regulations, director Michael Ozias keeps things moving along briskly, mixing interviews and stories of invention with bits of animation.

Any message about government regulations notwithstanding, the entrepreneurs shown in the film and the work they’re doing is really fascinating.

No surprise, then, that a TV series has been spun off They Say It Can’t Be Done to continue featuring various innovators and their projects.