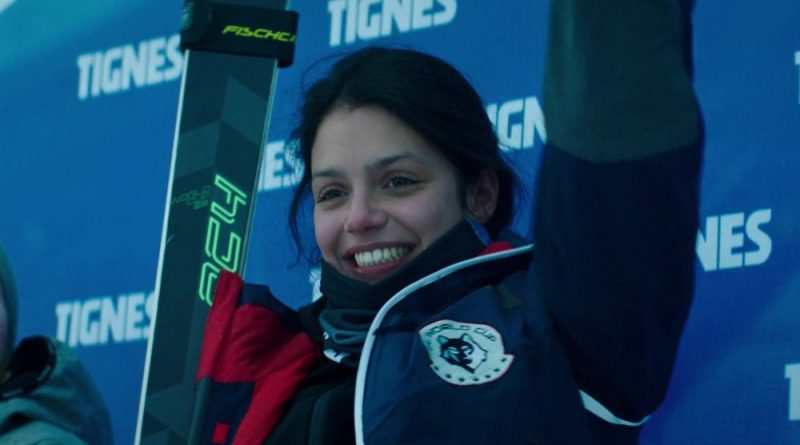 In her impressive debut feature, co-writer/director Charlène Favier daringly tackles the abhorrent sports coaches who sexually abuse their talented athletes. Zeroed in on ski trainer Fred and his most promising student, Lyz Lopez, Slalom makes a strong statement, addressing the victimization head on without ever exploiting the repulsive interaction with titillating moments, as too often happens with molestation stories.

As Team FL’s newest recruit, Lyz Lopez, fifteen, comes under the tutelage of the coach identified only as Fred. With athletic prowess and a fearless attack of the slopes, Lyz stands out, receiving additional instruction and time alone with Fred. He also once showed extraordinary promise, but, as he explains, the Federation released him after two successive leg injuries. Lyz clearly serves as his surrogate, to her detriment.

Lyz’s frequently absent, divorced mother offers little support or guidance, and her father never appears. As a result, the attention Fred lavishes on Lyz is welcome. Moreover, as she says, he believes in her. Lyz never invites the sexual relationship, one initiated entirely by Fred. A fellow skier warns Lyz about him. Despicably, Fred blames Lyz with “Look what you do to me,” and clearly knows, even though 15 is the age of consent in France, that his actions must be kept secret.

As Lyz, Noée Abita conveys Fred’s initial appeal, followed by shock, confusion, and revulsion. Her face, often in close-up, openly and painfully registers her layers of conflicted emotions, her physical ability well beyond her psychological maturity. As Fred, Jérémie Renier commits to his self-indulgent immorality without softening the insensitivity.

Though Slalom focuses on two individuals, recent exposés certainly come to mind, including the sports of gymnastics, swimming, tennis, figure skating, and surely more. The tragedy is, unfortunately, too familiar. It is also an important caution to remain alert. In French with English subtitles, Slalom is available through Kino Lorber.