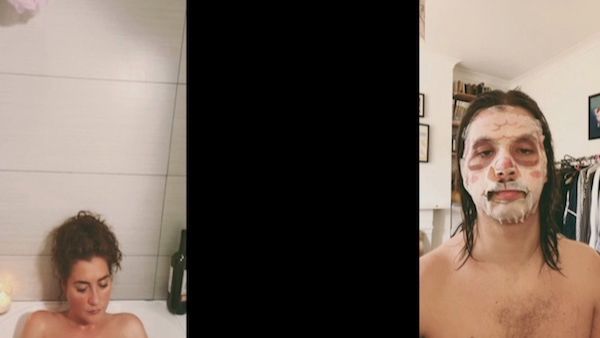 I know I am not the only woman film critic – indeed, not the only woman – who flinches when those seemingly unavoidable cloying, clingy self-identifying Male Feminists™ start brandishing their liberated gender political credentials at you like they are applying for a job. To be clear, for myself personally this does not mean at all that men cannot positively contribute to discourse about gender politics – in fact, I welcome and value those conversations from genuinely engaged, sincere interlocutors of all sorts.

What I am talking about here are the creeps; maybe not all of us have met them, but enough of us have, so much so that the warning signs are almost impossible to miss. Creeps that think that telling you what they think you want to hear gives them a free pass. Creeps whose forced, pushy display of allyship stinks of an ulterior motive from miles off. Creeps who, at the very best, do it for the clicks or – at worst – to try and sneak under the radar, hurting and harming us as much (if not more) than any outward, vocal misogynist.

It may be a personal quirk, then, but when male directors understand this, I genuinely marvel. It is this that drew me to the films of Nacho Vigalondo – a filmmaker who has across his filmography unrelentingly focused on horrible men who don’t realize they are horrible – and with Sam Ashurst’s A Little More Flesh films, I found another name to put alongside Vigalondo’s at the top of my list.

Both films are pitch black horror comedies that hinge on a self-reflexive awareness of just how oppressive the film industry can be for women who work in it. The original A Little More Flesh took the format of a home entertainment commentary track by a fictional director who, despite himself, is revealed through his own words to be at first to be a bit of a pig, escalating to much more serious offenses as the film progresses but with so extremely graphic and deeply satisfying a pay-off that to say more would ruin the fun.

But if the first A Little More Flesh felt daring, A Little More Flesh II is completely off the chain. Shot in lockdown, the sequel stars Ashurst himself as the film’s director, explaining the experimental nature of his perceived film project to two young actors – Harley Dee and Sean Mahoney, also, like Ashurst using their real names – which he has tentatively titled Stalker. With his actors shooting themselves on their mobile phones under Ashurst’s instructions, the meaning of the film-within-a-film’s title becomes chillingly apparent, a twist which begins a shocking and at times extreme escalation of Ashurst’s – the character’s – direction.

To say more would spoil much of the power of the film, but while not graphic as such, it is the outright perversity and cruelty that dominates these lengthy vignettes that makes them almost unbearable (one scene involving a glass of milk has to be seen to be believed). Premiering at the Soho Horror Film Festival, like the first film, A Little More Flesh II is proudly low-budget – this is real ‘smell of an oily rag’ territory here – but is a textbook example of how a great premise can trump a big budget any day. Even more impressively however is just how bravely Ashurst places himself in the frame, acknowledging the power that necessarily comes with the role of director and, while fictional, articulates a degree of potential culpability that comes with his very own job as a man that few filmmakers would ever have the guts to own up to.