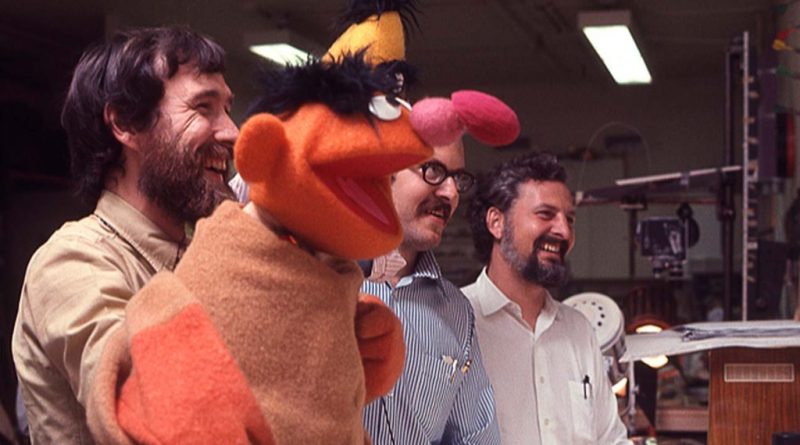 One doesn’t expect to need a hanky watching a documentary about a kids’ TV show. Yet here we are.

The engrossing and surprisingly moving Street Gang: How We Got To Sesame Street is all about the inception and first 20 years of the game-changing children’s television show.

The idea that TV might be used as a teaching tool was revolutionary when Sesame Street first starting airing in 1969. The show was a huge hit right from the beginning and now runs on HBO Max; it’s produced in 70 languages around the world.

Director Marilyn Agrelo shines her light on unsung hero Jon Stone in this doc, Stone being one of the three original producers of the show and its director for the first 25 years.

Stone is the person who brought both puppeteer Jim Henson and musical genius Joe Raposo into the fold, introducing the two men to Joan Ganz Cooney, the woman who dreamed up Sesame Street with co-creator Lloyd Morrisett.

The early part of the film establishes how the show was put together and the effort to ensure it was as educational as it was entertaining. Everyone involved supported the work Sesame Street proposed doing, which was to offer an educational boost to kids, particularly inner-city kids, by engaging children with entertaining skits involving literacy and numeracy and muppets.

Stone’s goal was a children’s program that adults would also love. He succeeded in that completely.

Street Gang: How We Got To Sesame Street then homes in on the cast of characters on both sides of the camera.

Featured are actors such as Sonia Manzano, who played Maria, talking about her impression that the show was political because of the cast diversity, puppeteer Caroll Spinney, who was Big Bird and Oscar The Grouch, and Emilio Delgado, who was “Luis” the Fix-it guy.

One of the more endearing portraits is that of Joe Raposo, who wrote so many of the songs for the show, including It’s Not Easy Being Green for Kermit. “He was a muppet himself” one of his colleagues says, the perfect description for someone as charismatic as Raposo. His songs were brilliant.

Likewise fascinating is Matt Robinson, who played the original Gordon and came up with the idea for the muppet Roosevelt.

There are interviews with head writer Norman Stiles, with the children of Jim Henson and Jon Stone, with puppeteer Fran Brill, and with author/songwriter Christopher Cerf, Lloyd Morrisett and Joan Cooney, among others.

Watching the documentary with its clips from the show’s past is like watching a quick and efficient recent history of arts and culture in America.

There are glimpses of James Earl Jones, BB King, Jesse Jackson, Johnny Cash, Dizzy Gillespie, Pete Seeger, Loretta Lynn, Stevie Wonder and James Taylor, all of whom were guests on the program.

The film is as quick, bright and engaging as a Sesame Street episode. Agrelo captures the creativity and good-natured chaos involved in putting the show together, and it’s a delight to see some of the behind-the-scene snippets.

A sense of family is conveyed around this pack of genius workaholics, first with exuberance and then eventually with sadder events, such as the death of actor Will Lee, who played Mr. Hooper on the show.

That sense of family continues via brief moments showing children interact with the muppets as if they were real; no surprise that Lloyd Morrisett can’t even talk about those early days on Sesame Street without tearing up.

“It was a family,” says Christopher Cerf. “All of us loved each other and it shows in the work.” It comes through loud and clear in this documentary, too.