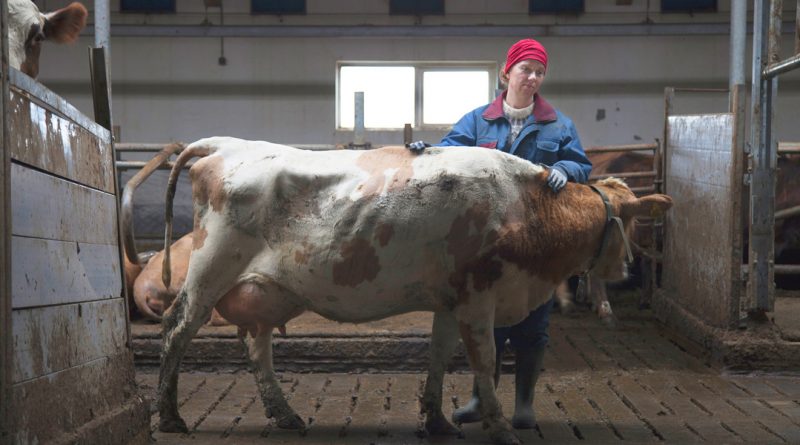 The County is a timely small town drama in which one women has the courage and conviction to stand up against administrative corruption in her small close-knit Icelandic farm community and make a change for its social and economic betterment. For decades, Inga (Arndís Hrönn Egilsdóttir) has loyally supported, worked and fought against bankruptcy with her husband Reynir (Hinrik Ólafsson) on the dairy farm his family has owned for generations. When Reynir dies suddenly in a trucking accident, Inga learns about his secret dealings with the county Co-op, the trading establishment through which all members of the farming community sell their milk and buy all of their provisions and supplies. Her outrage at what she’s discovered prompts her to challenge the Co-op’s monopoly and authoritarian influence over decision-making in the community.

Iceland, country that has a strong record on women’s rights, boasts the world’s first democratically elected female president (Vigdís Finnbogadóttir from 1980 to 1996). Inga’s political stand is never labeled feminist per se, but her woman’s perspective is clearly at the core of her courage, and it is truly refreshing to see how natural it is for her farming community peers — men and women — to seriously consider her point of view and her fight without reference to her gender.

The theme and story are strongly feminist and The County is not to be missed.