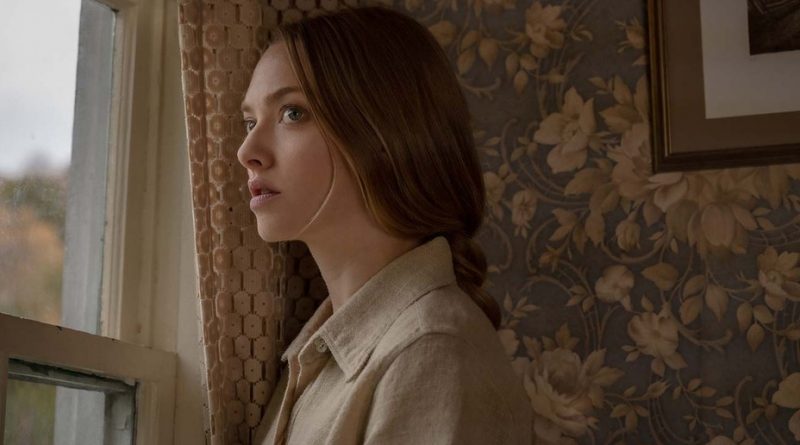 Based on the novel All Things Cease to Appear by Things Heard & Seen, Things Heard & Seen has a familiar setup: a marriage with a shaky foundation exposed in a new location or under new circumstances. Viewers might think of The Shining, What Lies Beneath – or anything else – as they wait for the plot to kick in after George (James Norton), a newly minted art history professor, transplants his art historian wife, Catherine (Amanda Seyfried), and their young daughter from New York City to the spacious countryside.

A ghostly presence reveals itself through flickering lights, piano music, a pungent odor, and a shimmering effect that draws Catherine’s attention to certain objects, such as a signet ring stuck in a windowsill. George, who already isn’t the most empathetic guy in the room, swiftly thinks his wife is crazy.

Norton (Little Women, The Nevers) has but one dimension to play as a cad, and Seyfried, who earned an Academy Award nomination this year for her portrayal of Marion Davies in Mank, doesn’t fare much better. Catherine has an eating disorder, which the story uses largely so George can criticize her about being too thin.

There’s a lot of talk about the Hudson River School painter George Inness, eighteenth-century Christian mystic Emanuel Swendenborg, and the nature of good and evil, which may have some thematic significance in the novel but comes across as pretentious here. Regardless, cinematographer Larry Smith (Only God Forgives) deserves kudos for the wide shots that mimic the lighting and composition of the landscapes that fascinate George.

Catherine hires neighbor Eddie (Alex Neustaedter of Low Tide) and his younger brother, Cole (Jack Gore of The Kids Are Alright), for help around the property, not realizing that they have ties to the previous owner. The story also is set in 1980, apparently to keep Catherine from learning through Google that she’s moved into the Historic House of Lousy Husbands.

Directors and spouses Shari Springer Berman and Robert Pulcini, who teamed up on American Splendor, Shameless, and HBO’s Succession, adapted the screenplay and perhaps hewed too close to the source material. Catherine stays in an increasingly worse situation longer than some viewers will tolerate, probably because that’s what the book requires of her. Other characters, such as Natalia Dyer (Yes, God, Yes and Stranger Things), who calls out George as presumptuous, then has sex with him and kicks him to the curb, behave in similarly infuriating ways.

The ever-welcome Karen Allen (Blue Bloods, The Perfect Storm) has the thankless part of the sheriff’s wife who provides exposition when no one else will. Oscar-winner F. Murray Abraham (Amadeus, The Grand Budapest Hotel), playing George’s boss who loves séances, and Rhea Seehorn (Better Call Saul), as a feminist fabric artist who befriends Catherine, enliven things a bit. But they’re fighting against a powerfully slow current and predictable plot twists.

We all chose our own prison, George says at one point. If you’re looking for something suspenseful, choose something else.