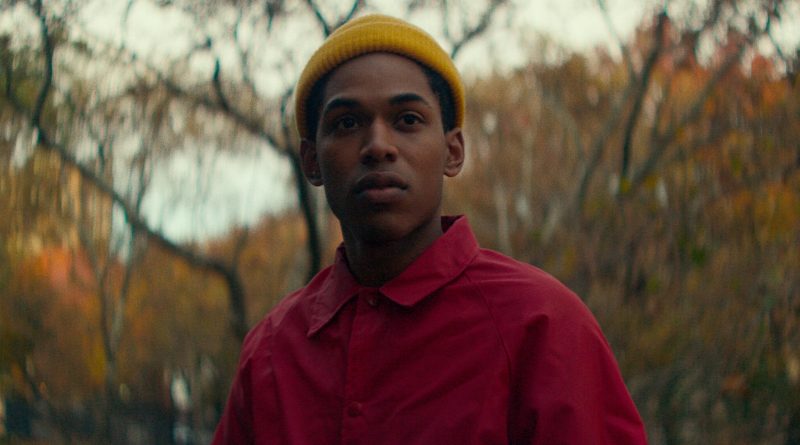 Monster is a remarkable film about a filmmaker, Steve Harmon. He is 17 and Black. He is bright, inquisitive, a good son to good parents. He is a model big brother. But the prosecutor at his trial labels Steve Harmon a monster.

The voice of this so-called monster denies the label. “Monsters do not cry in the dark,” he explains. Enclothed in the jail’s regulation red-and-white-striped jump suit, Steve sits, sweating in a jail cell, his face in focus behind blurred bars. “This feels like a movie,” he narrates in voiceover to his audience. “It is my movie, written, directed, and starring Steve Harmon.”

Monster begins with film of a murder in a bodega, Sept. 12, 2018, the murder that Steve is accused of when he sits in a suit, on trial at the mercy of the so-called justice system. As a good filmmaker, Steve narrates his story as if it were a screenplay. That’s the format Walter Dean Myers used for his book of the same title.

Director Anthony Mandler made his name in music videos, and that sense of movement translates Myers’ storytelling skillfully to the screen. “Monster” moves back and forth in time and setting, from the jail to courtroom swirls, from Steve’s home to his school. His school is labeled “bougie” by the young men he meets on the streets of Harlem to grab a grittier sense of his city. When his attorney states that her job is to show the jury that Steve is a human being, promptly the scene shifts to Steve’s home, disciplined with love, his mother’s orders taking precedence.

In voiceover at the end, Steve intones: “Boy. Man. Human. Monster. What do you see when you look at me?” This remarkable film asks the same and does it with creative finesse.