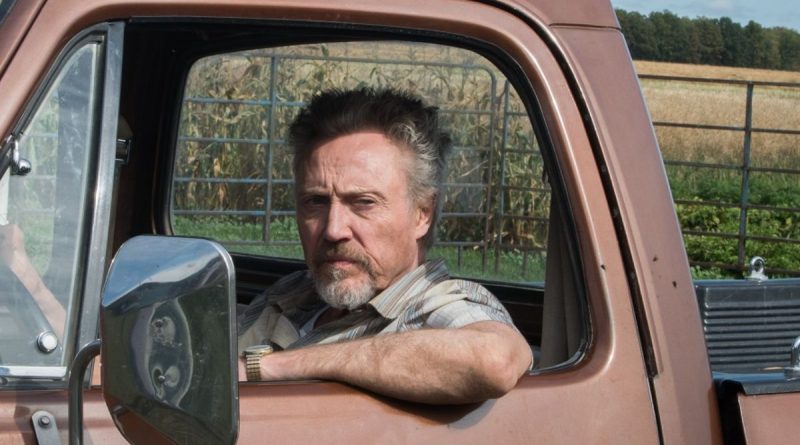 Percy v. Goliath may not be the finest film every produced, but it is of interest. It gives St. Louisans a chance to see what happens when a farmer fought Monsanto, headquartered in their city.

It also gives Christopher Walken a chance to portray a real man, a farmer, rather than another caricature.

Monsanto, the Goliath of the title, is a corporate giant that has patented its seeds, so they are unavailable for replanting by independent farmers like Canadian Percy Schmeiser. He grows canola the way his Saskatchewan forefathers grew it: they saved their seeds from harvest to harvest.

He and his wife Louise (Roberta Maxwell), a pie pro, lived a quiet life. She says that having his picture taken for his driver’s license is too much limelight for Percy. Their orderly life changed in 1988 when Monsanto sued them after finding its patented formula in their latest crop of canola. Percy hires a lawyer, Jackson Weaver (played credibly well by Zach Braff), who advises him to settle. Then Weaver relents and agrees to take the case to the Supreme Court in Ottawa.

Adhesing herself to the case is Rebecca Salcau (Christina Ricci) with People for Environmental Protection. Salcau supports Schmeiser by lining up speaking engagements for him around the world. His goal: to remain independent; hers: for crops to remain free of harmful chemicals like those found in Round Up. He realizes that he is in this fight not just for himself but also for his fellows in the field. “It’s the future of agriculture,” he declares in his battle against GMOs.

Director Clark Johnson, mostly known for his work in television, does a good job of telling this legal story, written by Garfield Lindsay Miller and Hilary Pryor. Johnson goes beyond the courtroom by exploiting flashbacks of seeding and spraying and saving. Steven MacKinnon’s music adds significantly as does Luc Montpellier’s cinematography of fields and courts.

Percy Schmeiser died last October at age 89 before Percy v. Goliath was released, but his folk hero story matters worldwide: GMO wheat is not on the market, thanks to him.