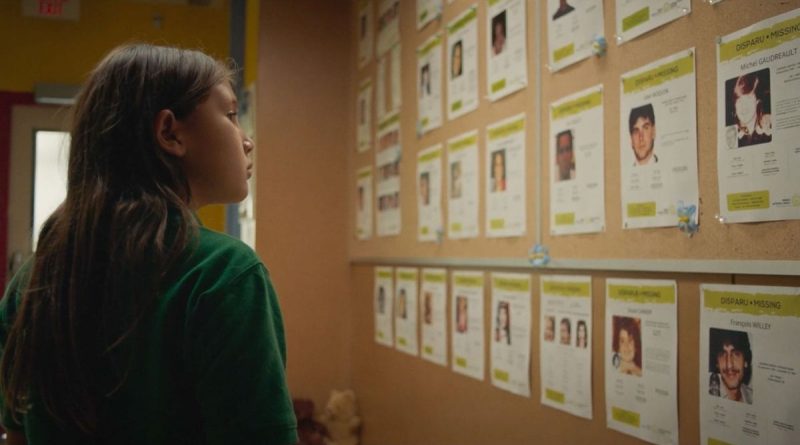 Even worse than not knowing, however, is not understanding.

That’s the haunting lesson learned by the young protagonist of the Canadian drama Rustic Oracle.

The movie dramatizes a chilling statistic: Indigenous women represent 4 percent of Canada’s population, but make up a quarter of the country’s missing and murdered cases. (And at least half of all sex-trafficking victims.)

Rustic Oracle explores the alarming situation through the wide-eyed perspective of a little girl.

The action takes place in the late 1990s, in a small Mohawk community, where 8-year-old Ivy (the beguiling Lake Delisle) and her teenage sister Heather (McKenzie Deer Robinson) share a close bond.

Unlike Heather and their beleaguered single mother Susan (taciturn, intense Carmen Moore), who struggles to keep her daughters housed, clothed and fed — and keep resentful, rebellious Heather in line.

But he’s no substitute for her big sister Heather — and when, one afternoon, Heather doesn’t join Ivy for their walk home from school, mom Susan understandably fears the worst.

Sister Ivy, meanwhile, starts experiencing a recurring nightmare, in which she peers through a bedroom doorway, seeing an unknown man bending over a figure who might be her sister.

Except Ivy might know the unknown man. He could be the same tattooed guy she saw talking with Heather at school the day she vanished.

Heather’s disappearance sets the stage for Susan and Ivy’s search — first in and around home, then to Montreal and beyond, all in hopes of finding Heather alive.

Ivy senses her mother’s desperation, but there are aspects of the anguished odyssey that appeal to her sense of adventure, from staying at a motel to eating Chinese food.

Still, there are questions she can’t help asking: “Where’s my dad? Why did he leave?” And, inevitably, “Is Heather dead?”

Writer-director Sonia Bonspille Boileau reportedly based Rustic Oracle’s narrative on her own experiences growing up in the Kanehsatake reserve (the site of a 1990 standoff between Indigenous and Canadian government forces, recounted in the 1993 documentary Kanehsatake: 270 Years of Resistance.)

With a keen eye for visual detail (and a cinematographer, Patrick Kaplin, adept at capturing them), Boileau creates a vivid setting for the action.

Most of all, however, it’s innocent Ivy’s unsettling visions — and Susan’s roiling emotions — that propel this touching tale.