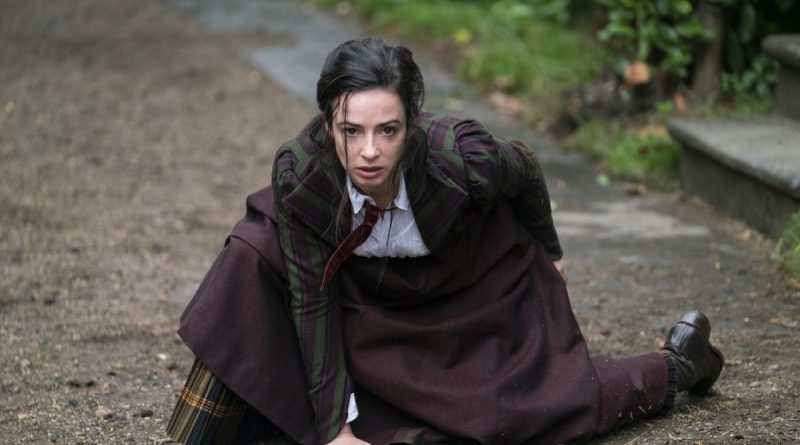 Set in London in 1896 during the last years of Queen Victoria’s reign, this new HBO six-episode, sci-fi series revolves around ‘Touched’ people – mostly women – who suddenly manifest an astonishing variety of abnormal abilities.

The phenomenon begins with a spectral glow in the overcast sky as glittering particles fall to Earth. Suddenly, young women, many from the lower classes, demonstrate mysterious capabilities – so extraordinary that they’re considered threatening by wealthy, aristocratic men.

Widowed Amalia True (Laura Donnelly), who often has disturbing ‘glimpses’ of the future, is determined to save and shelter these outcasts in an Orphanage where they can thrive. She’s joined by an intrepid inventor, Penance Adair (Ann Skelly), who can visualize and predict the flow of electricity and direct it where it needs to go, creating clever new devices far ahead of her time.

Heiress Lavinia Bidlow (Olivia Williams) provides finances for the Orphanage. But how does her brother, Augie Bidlow (Tom Riley), figure in the plot?

Early on, Amalia and Penance go to the Opera, where they encounter Maladie (Amy Manson), a ‘Touched’ killer, and Mary (Eleanor Tomlinson), whose singing reveals the ‘Touched’ to one another.

After accusations of “abusive, unprofessional” behavior by several actors with whom he’s worked in the past, Whedon abruptly left the series in November, 2020, and was replaced as showrunner/executive producer by Philippa Goslett.

On the Granger Gauge of 1 to 10, The Nevers is a supernatural 6, streaming on HBO Max.