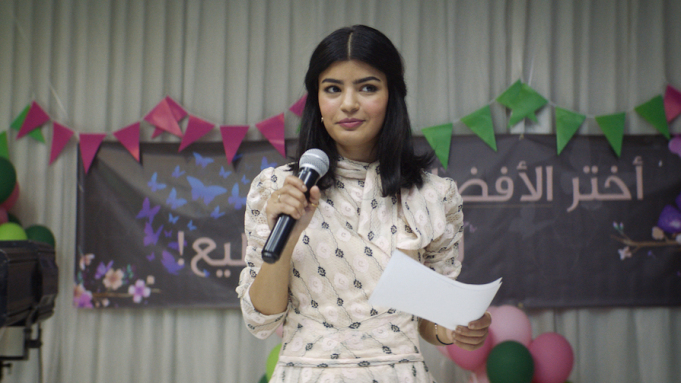 In 2012, Haifaa al-Mansour took a rather giant leap for womankind by becoming the first Saudi woman to direct a feature film and the first set in her homeland. Back then, Wadjda focused on a 10-year-old girl and her desire to be allowed to own and ride a bicycle. This time out, The Perfect Candidate, her latest title set in her patriarchy-oppressed homeland pivots on, of all things, something near and dear to Joe Biden’s heart – infrastructure.

When we first meet Maryam (a charismatic Mila Al Zahrani), a dedicated small-town doctor who zooms around in her blue car – driving became a right for Saudi females in 2018 — and oversees a clinic that is the lone choice for emergency patients in need of immediate care in the area. She not only has to put up with a cranky older male patient who has been injured by a truck who insists that only a male assistant tend to him. She also must put up with the nasty unpaved dirt road that forces the staff to drag injured individuals through the knee-high mud during rainy weather to get them through the door.

She also learns that her trip to a medical conference is endangered of being canceled because her widower musician father is too busy making his own dream come true by touring with a troupe to different cities and isn’t available to renew her travel visa – a task that females can’t do for themselves. Instead, she reaches out to a government official, who is conveniently, a relative and decides to sign up to run as a candidate for the municipal council, the first female to do so, with the goal of fixing her hospital’s road problem.

With the help of her go-getter older sister Selma (Dae Al Hilali), a wedding photographer who knows how to stage a fund-raising event, complete with a fashion show featuring head-to-toe designer hijabs, and understands the power of going viral on social media. But while those ladies in attendance applaud the idea of a female candidate, there is no way they would disobey their husbands and vote for her — or vote at all. In fact, her younger sister Sara (Nora Al Awad) is more concerned about the scandals she might cause.

While Maryam’s main concern is her road problem, she becomes impassioned once she is invited to make an appearance on local TV station. When her male interviewer asks whether her agenda includes female issues like gardens and playgrounds, such feeble misogyny propels her to make a plea to viewers to help keep patients both young and old safe and secure. Worst is how she is treated by local men who gather in a tent to hear her talk but refuse to take her seriously as a candidate. She stands up to them and of course several attendees film her severe rebuke.

While Maryam is destined to lose the election, the film ends with several victories, both big and small. That includes earning the support of her father (Khalid Abdulraheem) — who plays a mean oud, a lute-like string instrument, and knows how to croon a romantic ballad — comes to see Maryam in a different light when she touches his heart by singing a song. The tear he sheds says it all.