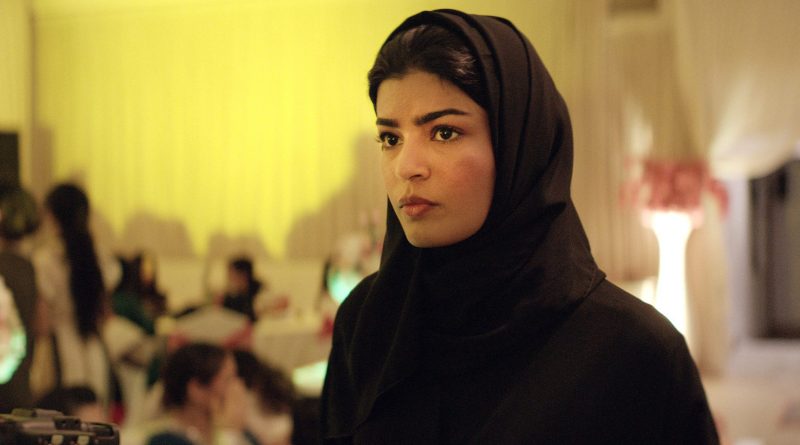 Empathetic and authentic, Haifaa Al-Mansour’s powerful drama The Perfect Candidate offers a compelling look at what life is like for women in modern-day Saudi Arabia — and how difficult it is for even smart, brave, ambitious and highly skilled women to stand up to the country’s institutionalized gender discrimination. Even when it couldn’t be clearer that their only goal is the betterment of their community’s standard of living. Mila Al Zahrani stars as Dr. Maryam Alsafan, who’s respected by her colleagues in the local health clinic but faces sexism daily, especially from male patients who refuse to be treated by a woman. Eager to move up in her profession, Maryam plans to attend a medical conference in Dubai and interview for a new position, but an expired travel permit leaves her stuck at home because her widowed musician father isn’t home to renew his permission. A visit to a bureaucrat cousin who she hopes might be able to help leads instead to her registering to run for office. Her platform? Fixing the treacherous unpaved road that leads to the clinic.

Maryam may not have initially intended to stage a real campaign, but thanks to some Internet research and the help of her sisters, she decides it’s worth a shot. As she speaks to voters, her determination and confidence grow, and she dares to defy social expectations and norms. Her family members vacillate between pride and dismay when she chooses to do things like show her face on television and speak directly to male constituents.

Al Zahrani is appealing and convincing as Maryam. She knows she’s intelligent and capable enough to run a campaign, and her sense of justice propels her past obstacles large and small. She’s tired of keeping quiet and following the myriad rules that control life in Saudi Arabia — she wants to make a difference. And no matter what the outcome of her campaign, that she does. — Betsy Bozdech

Loren King More lacerating because her touch is so delicate, Haifaa Al-Mansour, the first woman to make a Saudi Arabian feature with her stunning 2012 debut Wadjda, delivers a razor sharp look at women’s lives in modern Saudi Arabia with her ironically titled The Perfect Candidate. Read full review.

Susan Wloszczyna: In 2012, Haifaa al-Mansour took a rather giant leap for womankind by becoming the first Saudi woman to direct a feature film and the first set in her homeland. Back then, Wadjda focused on a 10-year-old girl and her desire to be allowed to own and ride a bicycle. This time out, The Perfect Candidate, her latest title set in her patriarchy-oppressed homeland pivots on, of all things, something near and dear to Joe Biden’s heart – infrastructure. Read full review.

Marilyn Ferdinand The extraordinarily talented Saudi Arabian director Haifaa Al-Mansour has tackled stories that look at the lot of women in both the Middle East and the West. She has made a biopic of feminist writer Mary Shelley (Mary Shelley [2017]) and told the story an African American woman who struggles with her attitude toward her natural hair (Nappily Ever After [2018]). Her Saudi films also depict girls and women who fight against social restrictions to assert their own identities and demand respect. Her latest, The Perfect Candidate, carries on in that tradition as its main character, Dr. Maryam Al-Safan (Mila Al-Zahrani), becomes an accidental feminist when she finds it impossible to travel to a conference because her father is not available to approve her travel visa. The indignities she suffers because of the strictures of Saudi Islamic rule are exasperating. Yet this inside look at Saudi society is fascinating, and Al-Mansour’s intimacy with its intricacies offers viewers more than a grrl power story with a largely happy ending. I was enthralled to the end.

Sandie Angulo Chen: Haifaa Al-Mansour’s latest feature film is, like her stellar debut Wadjda, a quietly powerful and moving feminist drama about a young woman striving for more. Protagonist Maryam (Mila Al Zahrani) is a small-town clinic doctor who ends up fighting systemic sexism and oppression by running for local municipal council. Al Zahrani is fabulous in the role of the outspoken, opinionated, and capable doctor. Although it’s a message movie, it’s not overly didactic. It’s amusing, full of heart, and a great call to stand-up to the status quo.

Leslie Combemale Writer/director Haifaa Al-Mansoor’s The Perfect Candidate seems to be about a woman coming into her power. Dr. Maryam Alsafan is a capable, compassionate doctor just going along and trying to stay as much under the radar as possible for a woman willing to practice medicine in a highly misogynistic environment. Having her patients put at risk with a nearly impassable road to her hospital is the catalyst that makes her stand up and use her voice. It is a side benefit that in standing up for them, she finds freedom to fully be herself. That aspect of the film is compelling, as is actor Mila Al Zahrani in the lead role, to be sure. It’s the sum of this movie’s parts, though, a movie that also tells the story of a single father to three headstrong daughters, who is torn between his duty to them and his own dreams, that make The Perfect Candidate a poignant tale of family, acceptance, and forgiveness.

Jennifer Merin The Perfect Candidate is Saudi filmmaker Haifaa Al-Mansour’s compelling drama about a woman physician’s plight to get the impassable dirt road leading to the local hospital paved so that patients can get to the emergency ward in time for their lives to be saved. Because her appeals to the authorities are consistently denied — or worse yet, ignored — Dr. Maryam Alsafan (Mila Al Zahrani) decides that she will campaign for election to the town council with road repair as the sole issue presented on her platform. Read full review.

Cate Marquis A young Saudi woman doctor who is fed up with local officials who refuse to help with the unpaved, often impassable road that leads to her clinic, which has the community’s only emergency room, decides to run for the municipal council with the sole purpose of getting the road paved, in The Perfect Candidate. Actually, Dr. Maryam (Mila Al Zahrani) doesn’t originally intend to run for the council at all but when she finds herself 1n that situation, she makes the most of it. Saudi filmmaker Haifaa Al-Mansour’s warm and inspiring drama follows a young Saudi woman’s journey to finding her voice, as well as giving us an eye-opening tour of life for women in contemporary Saudi Arabia.