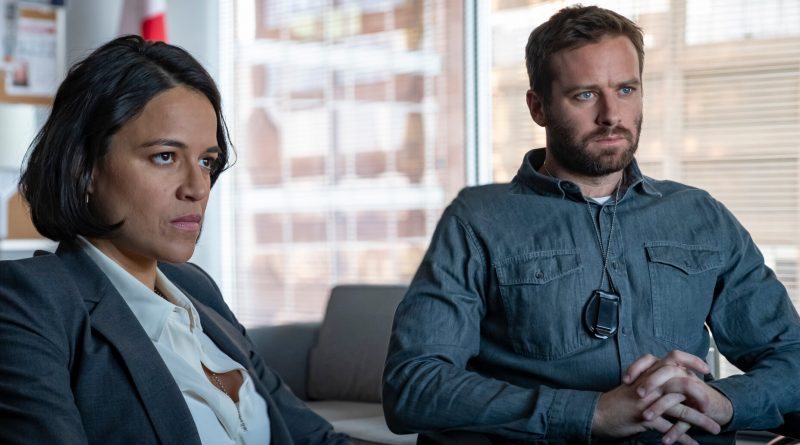 There’s architect/single mother Claire Reimann (Evangeline Lilly), who is recovering from an Oxycodone addition when her 16 year-old hockey-playing son suspiciously disappears and she discovers he’s tragically involved in drug-smuggling operation.

And the third narrative revolves around Dr. Tyrone Brower (Gary Oldman), a university biology professor who supplements his laboratory’s income by doing research for a pharmaceutical company. He faces an ethical predicament when he discovers a serious problem with the company’s latest, supposedly non-addictive painkiller that’s on the verge of FDA approval.

Reminiscent of Steven Soderbergh’s Crash (2005), these three stories eventually intertwine as Jarecki (Arbitrage) delves into the entire chain of opioid addiction – from the companies that manufacture the prescription drugs that are eventually sold on the street to the dilemmas of law enforcement officers.

Made before the Covid pandemic, it does seem a bit dated and didactic. It’s also hampered by the current scandal involving actor Armie Hammer (Call Me By Your Name) under investigation by the LAPD for accusations of sexual assault, along with allegations of sadism and cannibal sexts. A great-grandson of Armand Hammer, Armie Hammer is an heir to the Occidental Petroleum fortune.

On the Granger Gauge of 1 to 10, Crisis is a sprawling, high-stakes yet superficial 6, streaming on Prime Video, Vudu and Fandango Now.