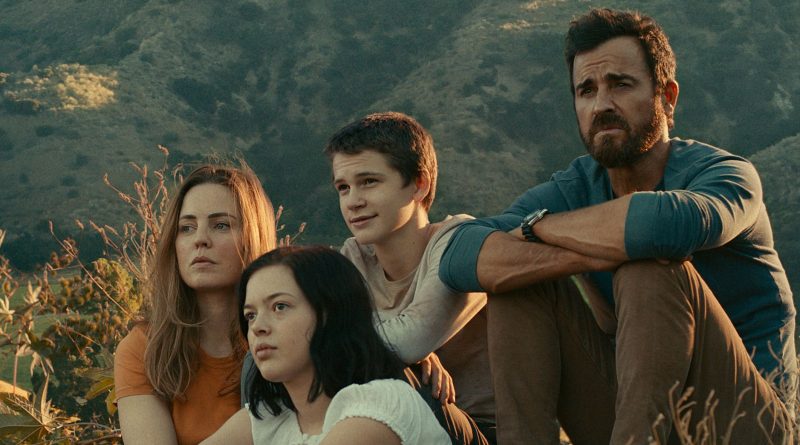 Although we’re not told why enigmatic Allie is a fugitive, law enforcement officials (Kimberly Elise, James LeGros) are determined to apprehend him. So after attempting to live off-the-grid, the foursome makes a fast getaway through Arizona, dodging border-patrolling vigilantes as they trudge into Mexico.

Outspoken Allie makes no secret of his distaste for America’s wasteful consumer culture and its unwillingness to care for its most needy citizens. But can he really lead his family to a utopian existence somewhere south of the border?

Sharing the unusual surname ‘Theroux,’ it’s not surprising that author Paul is actor Justin’s uncle. And if the title seems familiar, it was previously made into a 1986 movie, directed by Peter Weir, starring Harrison Ford and Helen Mirren.

FYI: Apple TV+ offers a yearlong trial to those who purchase Apple gadgets. It’s a subscription service bankrolling original movies and TV shows, like “Ted Lasso.” Subscriptions cost $5@ month or $50@year. Apple is also including Apple TV+ with its Apple Music student-discount plan, offering both streaming services in the $5@month deal at no extra cost. And its seven-day free trial can be extended.

On the Granger Gauge of 1 to 10, The Mosquito Coast is a suspenseful 7, streaming on Apple TV+.