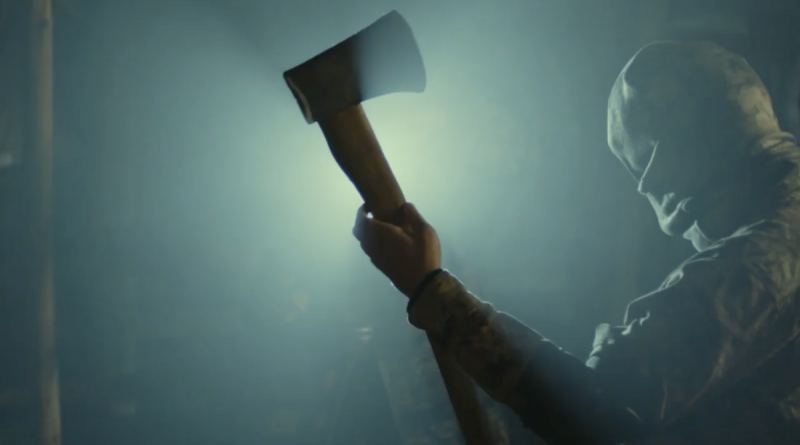 Val and Renee (Sarah Allen, Tommie-Amber Pirie ) have been invited to a wedding-planning retreat. Renee doesn’t really want to go, but one of the bridegrooms, Conner (Chad Connell), is among Val’s closest friends, so it’s just one of those couples obligations. It’s also a haul: Connor and his soon-to-be husband, Scottie (Munro Chambers), are staying in a cabin in the woods — and Renee and Val’s stop in a gas station/convenience store near their destination is less-than auspicious. Between the creepy clerk and the sexist “funny” bumper stickers (Boob Inspection 200 Feet Ahead), Renee’s inner “we’re not welcome around these parts” alarm is wailing. Returning from a quick trip to the bathroom to find a local guy trying to chat up Val does not calm her nerves, nor does arriving at the cabin to find both their hosts absent and no note.

By this point, we’ve already seen Conner and Scott being chased through the woods by someone or something nasty. So there’s no suspense in whether that same nastiness will befall Val and Renee. Genre films are formulaic by nature and there’s no ambiguity about the fact that both couple are same-sex — so is some scary someone watching the two women as they get themselves settled in and share a little backstory that will have ramifications later on? Of course someone scary is watching and the two women are about to be plunged into a nightmare.

The Retreat is by no means incompetent: It’s well shot, acted and edited and does manage to ratchet up the stakes in the third act, when many similarly set-up films are already on cruise control and relying on escalating violence and gore to keep backsides in seats. And it does bypass the genre’s now-near obligatory shower/skinny-dipping/sex scenes that add a dash of gratuitous skin to the thrills. But genre buffs — and they are this film’s primary audience — expect movies to both deliver on and tweak expectations. Four decades after Friday the 13th codified the rules of stalk-and-slash it takes more than a pair of appealing lesbian protagonists to freshen up the formula.