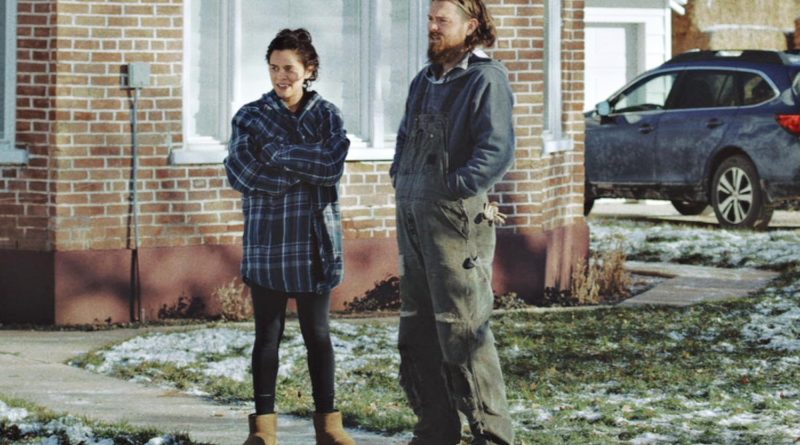 The slow, sad unravelling of a marriage is at the centre of The Killing of Two Lovers, a stunning feature from writer/director Robert Machoian.

David (Clayne Crawford) and Nikki (Sepideh Moafi) are married and have four children. They’re on a trial separation, living a few blocks apart in the sort of small community where everybody knows your name. David is living back with his father in his childhood home while Nikki stays in their house with the children.

The film is steeped in dread from the first frame. Here is a distraught man standing in a bedroom, holding a gun on a man and a woman as they sleep. Noises elsewhere in the house drive our gunman out a window and he sprints away down the road.

What just happened? You don’t know yet, but the anxiety-provoking sound design supplies clicks and cracks and rumblings — ominous noise that hints at something mechanical and menacing and pushes the imagination into overdrive.

Like so many details in The Killing of Two Lovers, the sound (Peter Albrechtsen) points to emotional turmoil. David is not coping well with this trial separation. That’s him we just met waving a gun, standing in his own bedroom in his own house with his own wife lying asleep in their bed, some man David doesn’t know lying beside her.

As the story unfolds there are a few more displays of grief expressed as anger — David stalking his wife’s lover, for example, or using a boxing dummy for target practice — but David seems more like a large child than an actual threat.

He is sweet with his children. He scrounges around town for odd jobs to earn money. He takes care of his aging Dad. His life hasn’t changed much since high school. The inertia is suffocating.

When he and Nikki meet for the weekly “date night” that is part of their trial separation, it quickly becomes obvious that she has outgrown him. David got stuck somewhere along the way.

The third person in this triangle is Derek (Chris Coy), someone Nikki has met at work. He is a vague shadow for most of the story; when he finally comes into focus, putting himself into the middle of a heated conversation between David and Nikki, his possessiveness is an immediate red flag.

The Killing of Two Lovers is intimate, beautifully drawn and painful to watch, as the sight of a family being dismantled is never pretty. The physical setting in small-town Utah, with all its time-stood-still rural awfulness suggests the breakdown of something bigger than just one family; like Manchester By The Sea, The Killing of Two Lovers hints at the end of a particular way of American life.

The casting includes the filmmaker’s own children (Arri, Ezra and Jonah Graham) and his father (Bruce Graham), which adds another layer of emotional verisimilitude to the storytelling. Not that there was any shortage.

The Killing of Two Lovers focuses on David, but don’t be fooled.

What Robert Machoian has to say about the men in this story speaks volumes about the world women must inhabit as a result. So much to do. So little time. So many to placate.