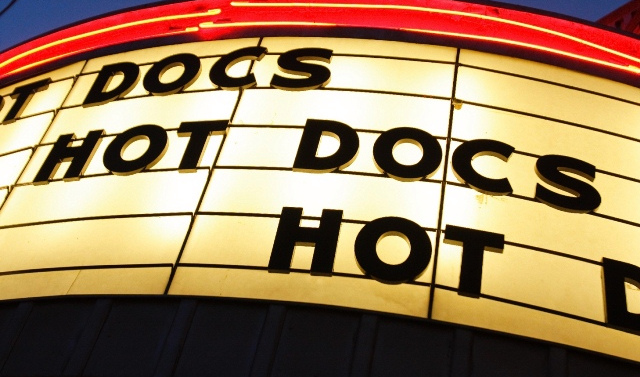 In its second pandemic digital edition, the 2021 Hot Docs Canadian International Film Festival generated a lot of healthy, happy buzz, especially for women filmmakers. With a slate that presented 222 films from all over the world, 50 per cent of the directors in the festival program were female.

But not only were women present in equal numbers; their films dominated the conversation. This is now expected at this international festival. As Shane Smith, programming director for Hot Docs told me, “This is the fourth year that Hot Docs has had gender parity in the Festival, so it’s really ingrained in the programming DNA of the Festival, although it was never something we were forcing ourselves to do. We looked at the work and the great films that were coming in, and half of them were made by women this year.”

In the Canadian awards categories, Yasmine Mathurin won Special Jury Prize – Canadian Feature Documentary for her complex investigation of the myriad factors at play in the shaping of identity, One of Ours. The Emerging Canadian Filmmaker Award went to Elle-Máijá Tailfeathers, whose Kímmapiiyipitssini: The Meaning of Empathy is a profoundly affecting, immersive take on alternative methods of treating addiction in Indigenous communities, and a passionately urgent call for understanding.

Beyond the juries, audiences too embraced women and their stories. Seven out of the Top Ten Audience favourites at Hot Docs 21 were female directed films, including the aforementioned, One of Ours and Kímmapiiyipitssini: The Meaning of Empathy.

Coming in at number two overall was Writing With Fire (Rintu Thomas and Sushmit Ghosh, India) an unforgettably brave portrait of Dalit women whose collective efforts to report on, and fight oppression, in India has garnered attention worldwide. The now released and hugely popular (and ineffably charming) Street Gang: How We Got To Sesame Street (USA) by Marilyn Agrelo was also present.

The other stand-out films for me were also the most relatable: focusing on regular people and their daily struggles and triumphs or taking larger-than-life characters into focus to foster understanding. Many of my own must-sees were populated by the fiercest and ultimately most deeply inspiring women.

La Madrina: The Savage Life of Lorine Padilla (Raquel Cepeda, USA) is one such film. As much as it builds up the former ‘First Lady” of the Savage Skulls gang in the Bronx as a warrior of sorts, the film serves mainly to elevate her as a portrait of resilience, someone who has marshalled her own pain to help others.

In Luciana Kaplan’s The Spokeswoman, the film’s deceptively simple open and freestyle structure elevates the main story of one Indigenous woman’s quest to be elected president of Mexico to a portrait of a movement in action, a history of a people and their on-going struggles.

Heroes were also in evidence in the more intimate and personal stories of individuals at Hot Docs 21. In Threshold (Coraci Ruiz, Brazil), one mother’s attempts to understand her child’s gender transition unearths a multi-generational struggle for gender equality and individual freedom. The search for identity, especially regarding gender norms, here is positioned in a historical and highly revealing context.

In Poly Styrene: I Am A Cliché (Paul Sng, Celeste Bell, UK), it is the subject’s daughter who bravely takes up the task of filling in the history of the true woman behind the rock star image. Tightly constructed using old photos and archival footage, the film is more than a memorial: it is an experience unto itself. We learn of just how much this woman survived. This doc is a journey into the perils of fame, a daughter’s recognition of her mother’s mental health struggles, and an expression of the strength of the human spirit.

One of the most moving testaments to human resilience and a film that, its own making, is an act of courage, Any Given Day (Margaret Byrne, USA) is a stand-out of this year’s Hot Docs festival. Following a group of individuals over years as they struggle – and sometimes triumph – within a system that is ill equipped to help them, the candour here is breathtaking. This film bursts open as events unfold and the filmmaker includes her own struggles with mental illness.

The real take away from this year’s edition of Hot Docs is that women filmmakers were not just represented in equal measure but were shown time and again digging deep into the real struggles that affect us all. That is perhaps the most fascinating thing about gender parity at the Hot Docs Canadian International or any other festival.