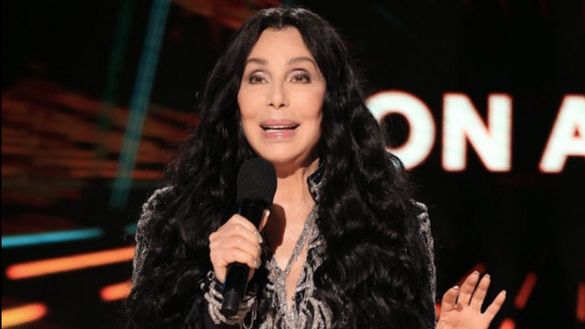 Cher is celebrating her 75th birthday with some big movie news.

The legendary entertainer, who turned 75 on May 20, will be the subject of an upcoming biopic from Universal.

Academy Award-winning writer Eric Roth (Forrest Gump, the upcoming Killers of the Flower Moon is set to pen the screenplay for a feature film about the life and career of the Oscar, Emmy and Grammy winner and fashion icon. The prolific screenwriter also penned the script to Cher’s 1987 thriller Suspect, which co-starred Dennis Quaid and Liam Neeson and was directed by Peter Yates (Bullitt, The Dresser, Breaking Away).

Roth will have plenty of material for a biopic on Cher, whose celebrated career has spanned a famed variety television show, several studio albums and concert tours, a Las Vegas residency and many movies, including her Oscar-winning turn in Moonstruck, her Oscar-nominated performance in Silkwood and roles in Mask, The Witches of Eastwick, Mermaids” and more. Continue reading on THE WEEK IN WOMEN.