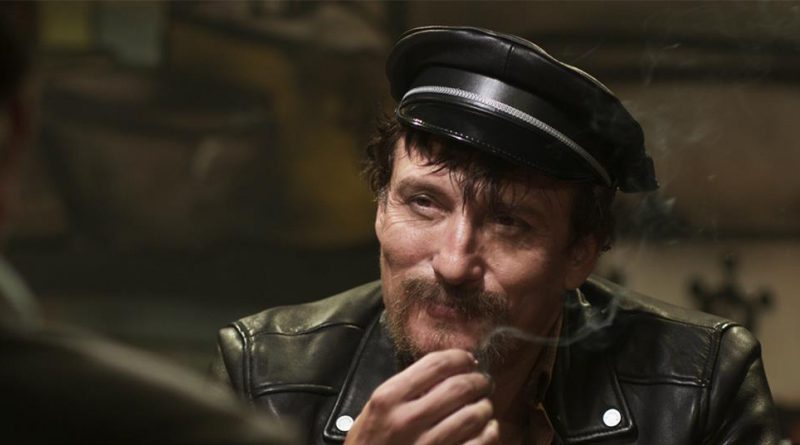 There are questions, as we are surrounded by 24/7 media looking for exclusives and thirsting for website clicks, that fans must continue to ask themselves. “Can one separate the art from the artist?” and “Is this negative information true about fill-in-the-blank artist/director/performer?”

The new biopic Enfant Terrible, about controversial director Rainer Werner Fassbinder, begs the first question, but asking the second question is unnecessary. It is widely known that Fassbinder, a prominent figure in the New German Cinema movement, was a narcissistic serial abuser who created his art through victimizing all those fortunate or unfortunate enough to land in his circle. The French seem to answer whether they can separate the art from the artist by their expression for bad boys (and they are almost exclusively boys), used for the movie’s title, Enfant Terrible. They excuse the bad behavior of geniuses. After all, they reason, it is in the name of art. Whether viewers can get through and appreciate writer/director Oskar Roehler’s film will largely depend on the latitude they’ll give avantgarde artists in the creation of their art.

Enfant Terrible is at once fascinating and repulsive to watch. The film follows Fassbinder’s life and career from his early days in theater, through an intensely prolific 15 years as writer/director. He made 44 films and tv dramas, many of which he wrote, wrote 14 plays, directed or co-directed 25 plays, and played many other roles in these productions, including art direction, cinematography, and acting. He is known for his unusual stylistic design created though the use of color, lighting, and camera angles, casting a collection of friends and lovers repeatedly in starring and supporting roles. Roehler tries to replicate Fassbinder’s style by using staged, hyper-colorized sets and having his cast use similar acting choices to those of Fassbinder’s oeuvre. The alchemy of Fassbinder’s lighting and camera use comes from his singular vision, so Roehler’s imitation only serves to place the audience in a sort of otherworldly environment, which may have been all he was trying to achieve. Meanwhile, as Fassbinder, lead actor Oliver Masucci struts and blusters his way through the film, but in such an utterly committed and compelling way that he brings the film to life, and keeps viewers from spitting at the screen and stomping off to watch a palate cleanse like, say, Aguirre the Wrath of God.

Masucci is such a wonder. He drags the audience through the greatest hits of Fassbinder’s relentlessly outwardly destructive and self destructive experience. The actor builds an arc of galloping self-hate, desperate flamboyance, and increasing distain for those around him that embodies and lays bare the iconoclastic director’s devolution. It’s like watching someone cut off their own appendages, driven by a curiosity to determine at what point they’ll stop hurting and bleed to death. Whether or not viewers respect or revere Fassbender’s work, Oliver Masucci’s charismatic performance dares all watching to stay with him to the end. One need but look at another recent release, When Hitler Stole Pink Rabbit, in which he plays a loving father and thoughtful intellectual, to see how diverse he can be in his portrayals.

For Roehler this film was clearly a labor of love. Like many Germans, he was transfixed by Fassbinder’s films. They greatly influenced him as a writer and director. If he achieves one thing with Enfant Terrible it is in letting Masucci loose to bring Fassbinder, with his poker face, ubiquitous sunglasses, and considerable paunch, and with all his darkest and most creative aspects, to life. Without this thespian tour-de-force, many viewers who don’t believe in separating the art from the artist and excusing unacceptable behavior from geniuses would turn the movie off in the first ten minutes.