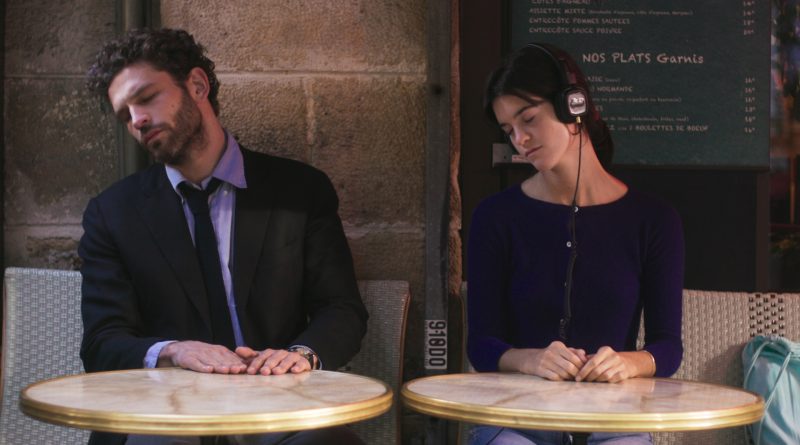 There’s something inherently uncomfortable about age-gap romances when one person is underaged. Even when the older party isn’t a teacher, coach, or other authority figure, it’s still problematic. What’s remarkable about the French film Spring Blossom is that unlike similar films made by men, this one is from the perspective of the young woman and doesn’t shy away from showing precisely how intelligent but also naive and young the protagonist really is… probably because writer-director-star Suzanne Lindon penned the script when she was 15 (and shot the film when she was 19).

Lindon’s impressively confident directorial debut explores how a 16-year-old named Suzanne is almost too mature for her classmates. Bored with kids her own age, she begins to see a handsome bearded man again and again on her way to and from school, usually outside a café or local theater, where he’s starring in a play. She’s instantaneously mesmerized — staring at him so much she copies what he eats, asks her father if he prefers women in skirts or pants, and nearly freezes when he finally speaks to her while on a cigarette break. The man, Raphaël (Arnaud Valois) is 35, and has noticed her as well. What makes her attractive to him, it seems, is not her youth or unconventional beauty, but her awe of him.

A character study instead of plot-driven film, Spring Blossom features short, choreographed dance sequences that wouldn’t work under less capable hands but mange to express the ways Suzanne and Raphaël are bonding. There’s a sweetness (admittedly problematic) to the slow-burn of their relationship. After a café date with interpretative dance moves, the next shot is of Suzanne slow dancing in her flat with her mother. She’s still very much a girl, and Lindon isn’t interested in over sexualizing her.

Lindon subverts the Lolita-esque view of a teen girl and older man by depicting the relationship as the realization of a 15-year-old’s romantic fantasy. For most of the movie, Raphaël does little more than gallantly kiss or stroke Suzanne’s hand or gently nuzzle her neck. While they have an obvious chemistry, there’s (thankfully) no sex. Instead there’s more of the dancing — which is intimate but never gratuitous.

The age difference is always there, but it’s not presented as creepy or taboo. Suzanne’s youth and inexperience is never more overt than when she attends a dinner party with Raphaël and his fellow cast and crew. An older theater pal bores Suzanne with detailed descriptions of set design and stagecraft about which she knows nothing.

Cinematographer Jérémie Attard tenderly captures the intensity of Suzanne’s and Raphaël’s feelings with lingering, languorous sun-dappled scenes of each of them contemplatively staring at each other or at nothing in particular, caught up in their own thoughts of the other. Costume designer Julia Dunoyer dresses the two in similar colors (especially blue and red) as they get closer. But it’s the direction and performances that really stand out in the coming-of-age drama, showing Lindon’s potential as an actor and storyteller.

Those who are wary of these sorts of stories should be assured that it’s authentically created by an actual teen, who never takes away the main character’s agency. Suzanne knows that this transformational first love of hers has an expiration date, and that’s sad, but ultimately OK.