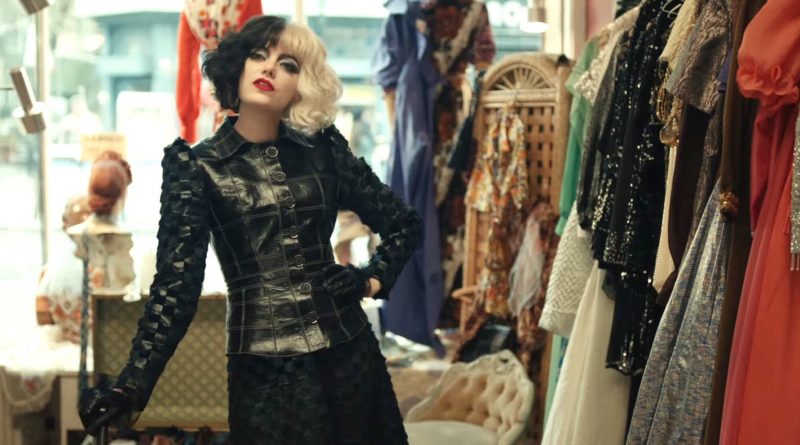 Since Estella’s always wanted to be a fashion designer, her buddies slyly help her land an entry-level job at the upscale Liberty emporium where her antics cause constant chaos. That’s where she catches the eye of the Baroness (Emma Thompson), the Anna Wintour-inspired, viciously imperious diva of haute couture.

“Let me give you some advice,” the Baroness says. “You can’t care about anyone. Everyone else is an obstacle. You care about what an obstacle wants or needs – you’re dead. If I cared about anyone or thing, I might’ve died. You have the talent. Whether you have the killer instinct is the big question.”

Kudos to costume designer Jenny Bevan for evoking nostalgic memories of British designers Alexander McQueen and Vivienne Westwood, who brought modern punk and new wave fashion into the mainstream. Westwood viewed punk as a way of “seeing if one could put a spoke in the system.”

On the Granger Gauge, Cruella is a deviously evil 8, also streaming on Disney+ with Premier Access.