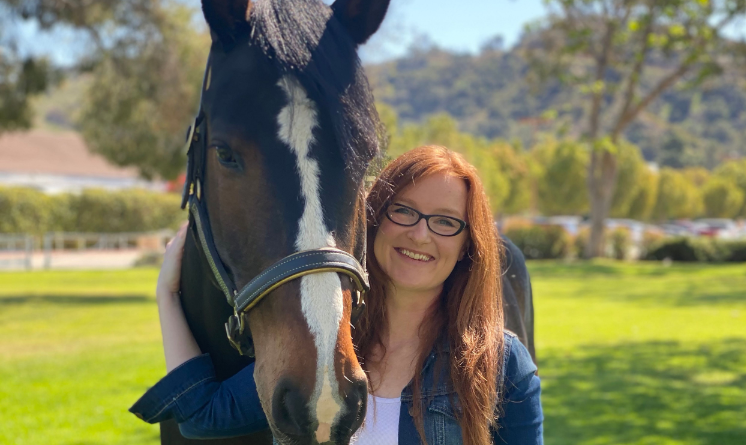 This month, Elaine Bogan makes her feature debut directing the animated film, Spirit Untamed. It is the culmination of years working in story development and honing her directing skills in animated television. Her first feature is also the result of a life spent dreaming and reaching for new opportunities.

In an era when women are making strides toward more inclusion in directing, feature animation is still a medium where the equity gap is as wide as ever. Decades after Lotte Reiniger thrilled audiences with her dazzling silhouetted tales, women still find directing opportunities limited. The 2019 Annenberg study found that only 3% of animated feature films were directed by women. The Academy has fared slightly better, with 10 out of its 84 nominees for Best Animated Feature directed or co-directed by women since the category was introduced in 2001.

Filmmakers like Elaine Bogan look for the opportunities rather than the obstacles. Rather than allowing herself and other women to be held back, she is happy to support and lift her contemporaries, mentoring and holding the door open for those who are coming in after her.

Like many artists, Elaine Bogan fell in love with her craft when she was still just a kid, watching animated movies and making up stories. She remembers writing and illustrating her own storybooks, and the role her parents played in nurturing that hobby. “I had this wonderful mother and father who encouraged and supported the weird, creative, artistic side in me,” Bogan says with a smile. “We always had creativity in our family.” She recalls one of the ways her mother fostered her love of animation and creativity. “I remember when I was in, it must have been second or third grade or something like that — super young — when the lunch bell would ring, I would grab all my stuff and run home because I only lived about 5 or 10 minutes from school. I would run home and plop myself down in front of the TV and my mom would hand me a grilled cheese sandwich, and I would sit there and watch Pee Wee’s Playhouse, and then the following cartoons that would come on for as long as I could, and then my mom would give me the, ‘Okay, it’s time to run back to school for the afternoon.’”

And it wasn’t just her mother who helped inspire her artistic side. Bogan’s father immersed himself in drafting and architecture, and he introduced his young daughter to the world of comic books. “He was always at heart a cartoonist… At a very young age he put a lot of comic books and artwork and animated movies in front of me, so it was always an idea.”

Of the time she spent at Sheridan College pursuing her degree in classical animation, Bogan only effuses enthusiasm. “I was still super excited,” she says, “about the idea of being able to do something I loved for a living.”

Shortly after graduation, Bogan landed a position at DreamWorks as a storyboard artist. She began in the trainee program working in the early stages of what would eventually become How to Train Your Dragon, before moving on to several of the studio’s television projects.

She remembers the early days fondly. “I was surrounded by and put onto a production that had a female producer, a female director, and all of these artists around me that were super inspiring.” That experience was a perfect start to the career she hoped for. “It never felt unattainable to me, which was, I realize, a very unique experience. It really was the supportive people around me just saying yes, and not saying no.”

She especially credits Karen Foster, a long-time DreamWorks producer, who helped develop her confidence and talent from the beginning. “Karen has always always been such a great mentor and a great, strong, female voice. She doesn’t take anything from anybody… It set me up with this perspective coming into the animation industry that I didn’t have to set limits. If I saw it, I could be it.”

The years of collaborating and mentoring made Bogan and Foster a perfect pairing for a new venture. And when the call came, the director was in the perfect place — literally. “I was sitting in my car at the Los Angeles Equestrian Center, just having finished a horse ride,” she says. Then she laughs and continues, “Not only was this an insanely exciting idea of being granted my first feature film to direct, it was also something that so personally and deeply spoke to me on a creative level.”

Spirit Untamed follows the 2002 film, Spirit: Stallion of the Cimarron, and is an adaptation of the Netflix series, Spirit Riding Free. Lucky (voiced by Isabela Merced) is a girl who lives with her aunt on the East Coast. The pair travel west to visit Lucky’s father for the summer, but the precocious tween can’t keep herself out of trouble, especially when she befriends a wild stallion and finds them both in a dangerous entanglement with mustang wranglers.

Of her heroine, Bogan says she was drawn into the story for more than just a shared love of horses. “[Lucky]’s not the typical animated female hero. She’s unique. She’s got a loud voice and she does what she wants to do. And she gets where she needs to go because of who she is, and the people behind her supporting her.”

When it came to finding her perfect Lucky, the director sought out actors who exemplified some of the qualities of their characters. She was delighted to meet Isabela Merced, who recently starred in the live-action film, Dora and the Lost City of Gold. “We see her as this young woman who is already so successful and driven, and she’s powered by her creativity, and her heart and her music and her artwork, but she’s also deeply connected to her family, her mother and her culture. All of those things are Lucky on the script pages, so all we needed to do was bring Isabela in and ask her to be who she authentically is, and that mix…evolved Lucky into what we hope is a very authentic feeling character that feels real and believable on the screen.”

The production faced a major hurdle when the pandemic shut down studios and forced everyone back home. Without access to recording studios and edit bays, she and her crew found themselves looking for workarounds and different ways to keep the project moving. Through it all, she credits her team with their ingenuity and perseverance. “Because everyone was so dedicated in making this film happen, it was a giant team effort. And I think because of all the challenges we went through, we were all that much closer by the end of it.”

Even with difficulties and setbacks, the journey was a lot of fun. She laughs as she recounts the day Jake Gyllenhaal came in to record some scenes as Lucky’s tone-deaf father, Jim. The “Broadway level singer” screeches and chokes his way through a heartfelt melody and Bogan enjoyed challenging him to pretend to be so terrible at something he is so good at. “I feel like it’s these experiences that we all have together in the making-of process that bring an authenticity and sense of fun in the final product on screen. That scene will forever make me laugh and remember the day we were all making it in the studio.” In an industry where women still fight for space to tell their stories, Elaine Bogan is keenly aware that her experiences and the level of her opportunity are not the norm. She praises the women who have helped guide and develop her talents along the way, and seeks to help other women. “We’re in a time right now where stories about women told by women are crucial for the next generation.” One of the keys to her success, she says, “Came through by way of being able to get my feet wet directing in television… That allowed me to get comfortable with the process in every department and with being the leader and being the loud voice of the creative side of things on that level before stepping into a feature role, which can be very intimidating.” And rising through the ranks with other women, she adds, “It’s a challenge finding the grit and the stamina to jump in and be that leader in a feature, but I don’t feel alone anymore, which is amazing.” To our next generation of women, her strongest piece of advice is this: “Do not put imaginary limitations on yourself.”– Karen Peterson