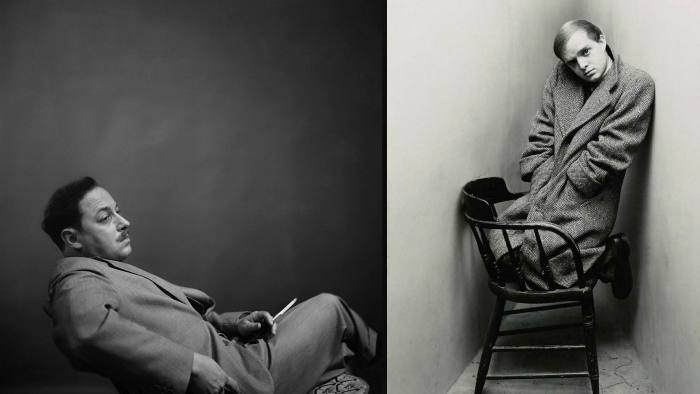 I admit that my first reaction to this documentary was, “Do I really want to listen to two white men prove they’re the alpha male for an hour and a half?”

But when those two men are Truman Capote and Tennessee Williams and the director is Lisa Immordino Vreeland, the answer is yes.

Truman & Tennessee is not quite an intimate conversation but rather an exploration of the legendary authors’ lives – and their friendship/rivalry – through their own words. Actors Jim Parsons and Zachary Quinto do such a good job voicing Truman and Tennessee, respectively, that it’s often challenging to distinguish between them and the real subjects.

It’s interesting that Vreeland framed the film this way, and it works to a degree. The two men share similar backgrounds – also to a degree – which is shown most effectively during scenes in which the screen is split as we watch each writer being interviewed by David Frost. They were both Southern writers who were openly gay at a time when that was much more shocking. For older viewers, listening to the two will bring them right back to the Studio 54 years and the New York literati – which are also covered here, with a very funny story involving Gore Vidal.

Truman & Tennessee is full of stories and fascinating, random facts. I had no idea that Truman Capote was unhappy with the casting of Audrey Hepburn in Breakfast at Tiffany’s, having had his heart set on Marilyn Monroe. Whaaaaat?! And who knew that Tennessee Williams hated all the film adaptations of his plays and advised moviegoers to leave before the last ten minutes of each one?

The documentary may not offer any profound revelations or analysis and it may not appeal to anyone other than serious readers and writers but, for them, small discoveries like that are enough to make it worth watching.