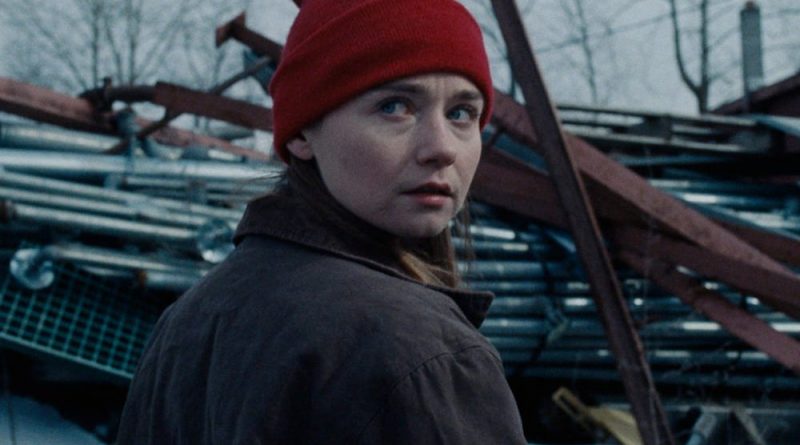 Holler, a portrait of a community with diminishing opportunities for its citizenry, reverberates with echoes of Winter’s Bone, Leave No Trace, Hillbilly Elegy and Nomadland as well as the recent HBO sensation Mare of Easttown. What sets this coming-of-age tale apart isn’t that it takes place in a dreary, down-beaten town in Southern Ohio. Instead, it’s the central character of Ruth (a terrific Jessica Barden), a whip-smart high-school senior who has managed to be accepted to a college. But as her drug-addicted, locked-up mother (Pamela Aldon) tells her when she visits her in rehab, “We’re not college people.” Even a male teacher who seems to admire her smarts suggests that she pursue training as an IT worker instead.

But Ruth is bent on creating her own destiny on her terms, even if it means she has to steal a copy of Madame Bovary from the school library. Trouble is, the door to the home she shares with her older brother is plastered with eviction notices and its water is shut off. And higher education isn’t cheap. That’s when her high-school dropout brother and best friend Blaze (Gus Halper), who dotes on his sister, decides to introduce her to the shady nocturnal world of working on a scrap metal crew, where salvaging much-coveted copper wiring from closed factories will hopefully pave the way to her future.

Ruth, who is no girly-girl in her red ski cap, jeans and flannel shirts, proves to be a quick study and is like a truffle-sniffing dog as she locates and collects much-coveted copper wiring that brings top dollar. But while she and her brother cash in on the devastation of their town’s economic downturn, they must be beholden to their shady boss Hark (Austin Amelio, charismatic yet disturbing), who allows the siblings to crash with him. The fact that one of his first moves is to show off a crossbow in his domicile while several mounted heads of animals hang on his walls serves to foreshadow that violence just might be around the corner.

The feature directorial debut of writer and helmer Nicole Riegel at least acknowledges the hollow promises spouted by politicians who like to curry favor with blue-collar workers but do little to improve their lots. I was happy to see a clip of Donald Trump, as he talks of providing “jobs, jobs, jobs,” while billowing smokestacks continue to vanish in the country. As for Ron Howard, he didn’t have the cojones to address the politics that brought ruin to the former industrial town in his Hillbilly Elegy.

Riegel also manages to inject a variety of female models on screen, from Ruth’s former classmate and teen mom who misses school, the girlfriend of her brother who clearly has no problem with public displays of affection and chipper Linda, her mom’s best friend who provides shelter and maternal advice (Becky Ann Baker, who is a beacon of light, even when she is given the heave-ho from her job).

At the end of Holler, however, there is a flicker of hope. That’s mainly due to Barden’s beautifully modulated performance, as she drives down the road in a pickup with the window down and the radio playing a girl-powered ballad, with a slight hint of a Mona Lisa smile flickering on her face as she leaves her past behind.