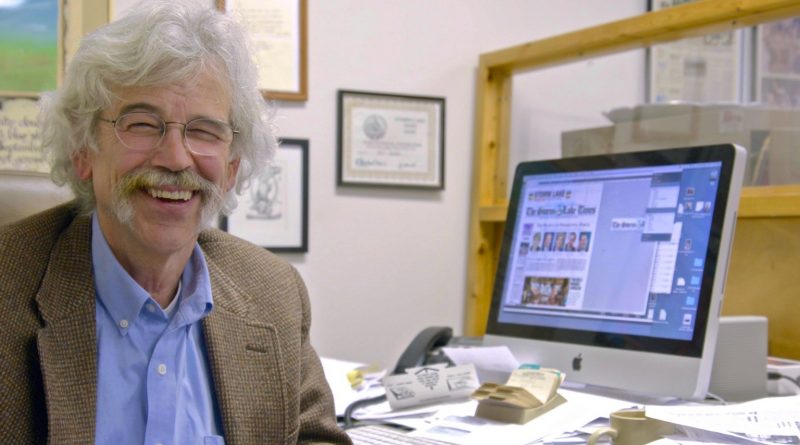 Seeing what it takes to put out a small-town newspaper begins with the editor’s angst. Art Cullen, his white mop-head unkempt, explains: “I get real uptight about deadlines. I’ve been doing this for 40 years, and people still don’t know what time it is.”

Every hour the paper is late going to press costs $100, and costs matter to the survival of the paper in a country with more than 300 news deserts. Cullen is frustrated when he is on deadline, but that is not the only reason. He runs a bi-weekly newspaper, the Storm Lake Times, in the northwest corner of Iowa. Storm Lake is rural, farm-based, and immigrant-boosted. Those immigrants turned Storm Lake blue politically. The Storm Lake Times is there to record the politics of the nation, which came to town for the 2020 caucuses. The community numbers between 10,000 and 15,000, and the Times reports who’s married and who’s buried. “If it doesn’t happen in Buena Vista County,” says Cullen, “it doesn’t happen.”

Sympathetically directed by Beth Levison, the documentary Storm Lake tells the story of this family newspaper where one brother edits and another publishes, a son reports, and a wife takes pictures and writes the “happy news.” A dog named Peach fills the enviable position — sometimes supine — of newshound.

Art Cullen and his newspaper won a Pulitzer Prize a few years back, but that has not made survival any easier — certainly not with the lockdown during the pandemic. “How long does a community support journalism?” Art Cullen asks. “You don’t sustain a democracy by looking at Facebook over breakfast,” he adds.