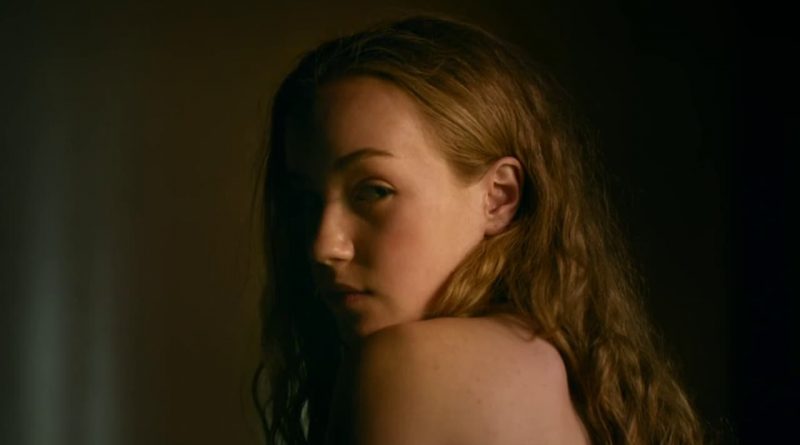 The story of Les Notres, Quebecois writer/director Jeanne Leblanc’s beautifully crafted, taut and extremely gripping coming-of-age drama, is centered on 13-year old Magalie (Emilie Bierre), a joyful and talented schoolgirl whose life falls apart when she realizes she’s pregnant and her specific circumstances force her to face and experience the full impact of sexual predation by – no spoiler because it’s evident early in the narrative — the beloved mayor of the tight-knit community in which she lives. She finds no comforting support from her widowed mom (Marianne Farley), who not only adores the mayor, but also works for him — and is absolutely clueless about his ‘grooming’ and sexual exploitation of her daughter. Magalie is soon isolated from her peers, who mock and humiliate her in person and on the internet. She becomes the focal point of small town speculation and gossip, and is subjected to invasive interrogation by local authorities who are trying to pry out of her the name of the father of the baby — which she is absolutely terrified to reveal. As Magalie, Emilie Bierre gives a nuanced performance that is absolutely gut-wrenching. And the ensemble perfectly captures the authenticity of small town culture. Les Notre is a heartbreaking and anger-making film.

AWFJ.org has recently featured several compelling child abuse films — narratives and documentaries — as Movies of the Week, but Les Notres stands out and demands attention because it actually invites us into the psyche of the victimized girl as we observe the predator’s insidious behavior — which is never called out as such in the well-structured script and by the assembly of characters. The way the story unfolds gives us a chance to experience Magalie’s angst on a gut level, and to have our eyes opened to the subtle signs of abuse and grooming. The film might be too disturbing, too painful for sensitive young girls to see, but every parent of a young girl should view it and become wary and watchful for real life signs behind what is presented in this film.