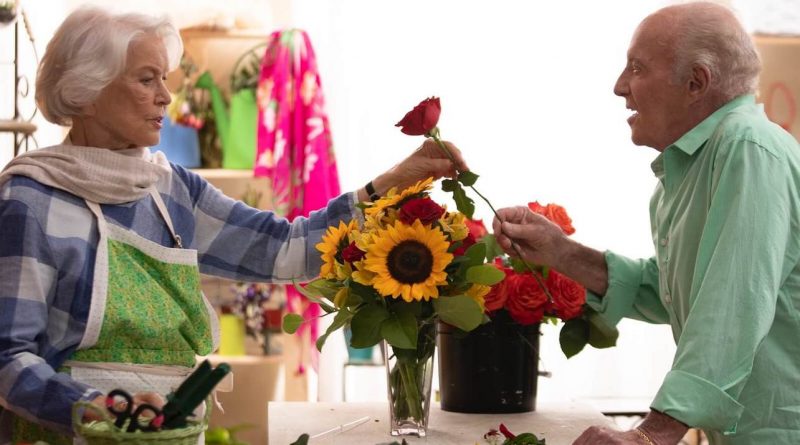 The new comedy Queen Bees shows what happens when Mean Girls grow up.

Headed by a cast of screen legends including Ellen Burstyn, Ann-Margret, Jane Curtin, Loretta Devine, James Caan and Christopher Lloyd, Queen Bees may be predictable but there’s no denying the feel-good movie will delight viewers.

Academy Award winner Burstyn stars as Helen, a widow clinging to her independence who is prone to locking herself out of her home. After an accidental fire leaves her house in need of repair, she reluctantly agrees to her daughter’s (Elizabeth Mitchell) wishes to temporarily move into the nearby Pine Grove retirement community.

Pitched as a retirement heaven on earth, Helen soon runs afoul of Pine Grove’s top clique of mean girls led by queen bee Janet (Curtin) and her bridge-playing pals Margot (Ann-Margret) and Sally (Devine). In a place where women outnumber the men, the women in Janet’s posse see newcomer Helen as a way to shake things up among the group. Before long Helen finds herself not only getting comfortable at Pine Grove, but falling for a romantic suitor named Dan (Caan) who pulls out all the stops in his attempts to woo her.

Though Queen Bees doesn’t reinvent formulaic plot points, the movie is noteworthy if only for its cast of senior actors. How rarely we get to see a main cast with a median age of 80 on screen with lives that amount to more than just background filler or comedic relief. Here, the trials and tribulations of the retirement community are just as prescient as those found in high school hallways, albeit with a little more back pain and health woes.

Directed by Michael Lembeck with a screenplay by Donald Martin, this group of actors seem to be having a ball together on-screen, most notably a bad toupee-topped Christopher Lloyd who hams it up as one of Pine Grove’s bachelor studs. Burstyn, too, is dynamic on-screen as Helen navigates the complications of fitting in and finding romance in her twilight years. Her scenes with Caan are filled with palpable chemistry and longing that further drive home to need for more romantic stories about couples finding their second chance at love in their later years. In a sweet nod to senior love, the end credits roll with pictures of elder couples who have found romance that might make Queen Bees viewers misty-eyed.

While some of the jokes are hit-or-miss, Queen Bees is a light-hearted romp that will especially charm an older audience.