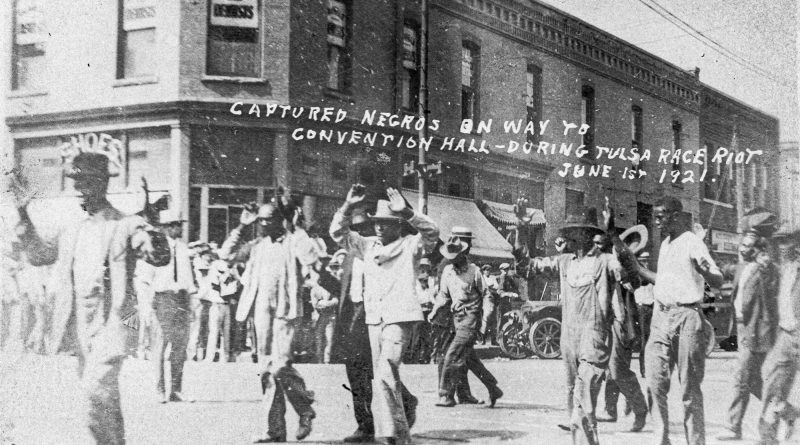 Rise Again: Tulsa and the Red Summer, directed by Dawn Porter, explores the past—written and oral, told and untold, buried and now rediscovered—of a pivotal time in the racial history of the United States. Porter’s lens focuses upon Washington Post Journalist DeNeen Brown who dives deeply into researching and reporting about the possible mass burial grounds in the Tulsa area from the seemingly forgotten massacre which occurred exactly a century ago.

Director Porter captures Brown’s research as she invites us to listen to her unexpected trek. Like a trail of breadcrumbs, each is a question which leads to another needing to be answered until the truth begins to reveal itself. She begins to discover the stories behind the hundreds who were slaughtered in Tulsa and around the United States; a consequence of skin color.

Porter’s documentary style isn’t flashy, but it’s bold as it starkly places the subject in frame to tell this brutal story. Brown is that subject whose passion for truth is unparalleled. We begin at the Oak Lawn Cemetery in Oklahoma with a backhoe making its first impression upon the earth. What lies beneath is yet to be shown, and Porter carefully maps out not only what happened in the summer of 1921, but also the parallel lines drawn in recent history and this time.

This systemic racism of the past continues to haunt our society with disturbing vigor making 100 years ago feel similar to today. We shudder as we listen to the words of historians, survivors, and activists. Brown takes us on her journey of discovery much like a detective as she reveals the horrors and truths all in pursuit of paving a new path to elicit healing—the healing of a nation. Driven to help find these lost bodies, identify them, and share their stories is at the core of her own story still to be completed.

Porter introduces us to a few of the survivors of this massacre as they recount the disappearance of their grandparents or their time in internment camps as young children. Their words are as haunting as the images we see; the deeply buried photos recapping the prideful hunt, capture and brutal murders of innocent victims. Tulsa wasn’t the only target of these inconceivable slaughters. Chicago, East St. Louis, Little Rock, and Elaine, Arkansas among more than a dozen other cities were participants in that Red Summer, the summer of bloodshed, whose citizens were barbarically tried, convicted, and sentenced to death because they were Black.

We also meet historians such as John W. Franklin, and poet and lawyer CeLillianne Green who both recall this time in history as a crossroads in culture. We learn of the Black community gaining grounds for equality after WWI as well as the detailed study from Chicago after a young boy was murdered for swimming in the wrong section. The results are chillingly relevant.

Porter’s cinematic style brings the story to life as the viewer gains a better intellectual understanding of the times as well as a sympathetic and emotional comprehension of the impact of racism then … and now. Integrating found footage from decades past and fading but preserved photographic images into the narrative, we travel the 100 year journey with Brown leading us. She’s determined to not only find the truth, but punctuate the importance the media has in conveying it and not a skewed version of it. Perhaps she is the current day Ida B. Wells, bringing truth and awareness to make positive and lasting changes.

Rise Again, feeling as much like a mystery as an historical documentary, educates us and empowers us with awareness and understanding. History should not repeat itself and we must learn from it. Porter’s film is a pointed example of this perspective. And journalists like Brown keep the rudder steady no matter the storm around her to discover the truth, relay it as such, and perhaps even lay a foundation to begin the healing process. This journalistic integrity and determination, as well as the recognition of grave errors of the past, as Green said, may “make America what she should be.”