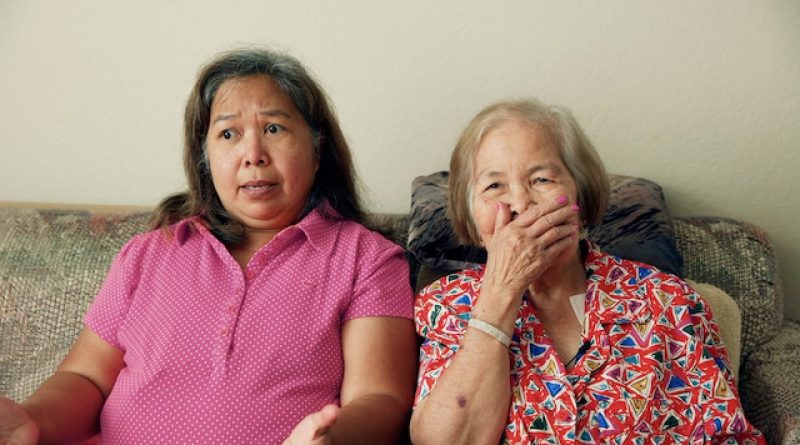 I think there are few jobs in the world that are as important as being an adult caring for a parent,” says Ilene Mitnick, who spent the first 18 years of her life in her parents’ home, and then her late father Howie spent most of his last 18 years living in hers.

She’s just one of the nearly 42 million Americans who serve as unpaid caregivers for elderly relatives.

In a series of bittersweet vignettes built around an amusement park outing, Emmy-nominated filmmaker Michelle Boyaner’s documentary It’s Not a Burden, subtitled The Humor and Heartache of Raising Elderly Parents, explores the frustrations and fears of this caregiver community.

“The message is: you are not alone,” states Boyaner. “I don’t think most people are aware of how many people engage in these role reversal/caregiving roles until you’re in it, and then you see it everywhere. It’s like you’re in a club and spot the special ring that everybody has.”

Over a period of six years, Boyaner, cinematographer Barbara Green and their crew visited more than 20 families, including Esther, a 96 year-old actress who can sing better than she can speak, and Brother Kenneth, a priest who looks after retired church brethren.

Boyaner also reveals how she coped with her estranged, dementia-afflicted mother, Elaine. After divorcing her husband and deserting their eight children, Elaine converted to Mormonism and moved to Utah. When she returned, there was the challenge of repairing those conflicted relationships.

“In the beginning of this (pandemic), the lives of the elderly were treated like collateral damage, as if there was no value left in them,” Boyaner notes, referring to how the pandemic impacted and devastated those living in group homes. 80% of all U.S. COVID deaths were among those 65 and older, and a little over a third of those who died were in long-term-care facilities.

On the Granger Gauge of 1 to 10, It’s Not a Burden is a relevant, poignant 7, available on most streaming platforms, including iTunes, Apple TV and YouTube.