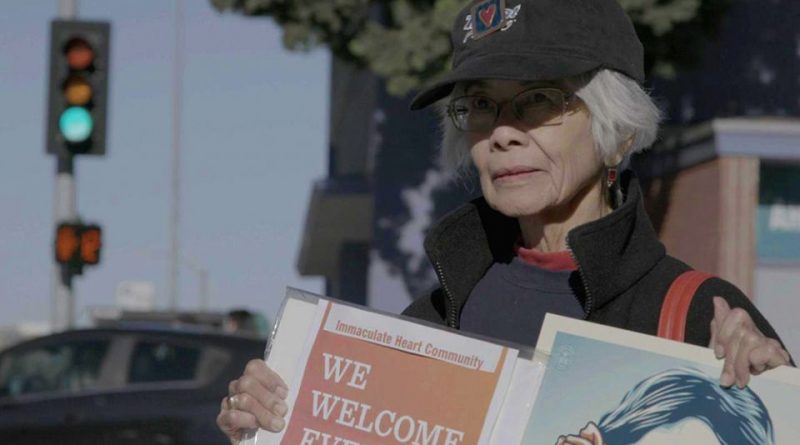 Rebel Hearts is a compelling from-the-heart documentary that follows The Sisters of the Immaculate Heart of Mary, a sisterhood of devoted nuns who bravely stood up to the demeaning and oppressive patriarchy of the Catholic Church to fight for the right to be treated as equals, especially with regard to education and the expression of their credo through art, particularly the controversial graphics of Sister Mary Corita Kent.

Guided by their own consciences, the Sisters of the Immaculate Heart of Mary publicly protested in the 1960s in Los Angeles, risking their livelihoods, vocation and freedom while refusing to have their religious life and practice be “shaped by a power that oppresses.” That power came in the form of Cardinal , a former Wall Street honcho, under whose authority the sisters were sent to teach in local Catholic schools, although they’d never been trained to be teachers and were not paid for their labor. When these unlikely resistance fighters and their efforts to bring the church into modern life were met with forceful opposition at every turn, they brought a law suit against the church. The protesting sisters and their case became a cause celebre that made front page news.

The Sisters’ bold acts of faith, defiance and activism transformed the Church, and effectively redefined the role of women in the church and reshapes our society in ways that continue to resonate today.

Director Pedro Kos illuminates the Sisters’ story with an extraordinary cache of archival footage, beautifully designed animation and on camera interviews conducted and filmed by producer Shawnee Isaac-Smith over decades with Immaculate Heart Community members Lenore Dowling, Rosa Manriquez, and Ruth Anne Murray. The Sisters and their story are purely inspiring and the Rebel Hearts documentary is profoundly affecting.

This review of Rebel Hearts is also published on CINEMA CITIZEN