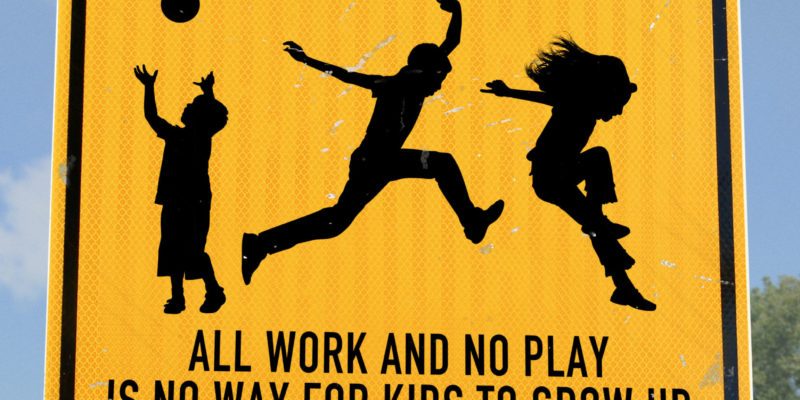 Any parent nervous about striking the right balance between encouraging creativity and ambition while also fostering independence will find plenty of food for thought in Chasing Childhood, a documentary that probes whether our high-achieving society is taxing our children’s emotional and mental health.

Available for streaming through Watch Now @ Home, Chasing Childhood drops in on three school communities and several families in Wilton, Connecticut; Patchogue, New York; and Manhattan in New York City. Although they range across different socioeconomic backgrounds, they have one thread in common: the kids here are definitely not all right.

The reason? A combination of well-intended protectiveness, societal expectations of success, and overscheduling, according to the parents, children, and experts interviewed, many of whom are involved in the Free-Range Kids Movement and propose a “less curated childhood.”

Yet it’s hard to blame them after hearing how stressed some children are. One first-grader worries about writing an essay correctly. A fifth-grader can’t walk to a friend’s house blocks away because her parents say someone could snatch her. One 16-year-old girl notes she has no free time while another girl doubts she’ll get into college because of a “C” on one paper. A 17-year-old boy talks about getting up at 1 a.m. to finish his homework because he has basketball practice every night.

To illustrate the mounting pressure, Loeb and Wurmfeld juxtapose home movies and adults’ recollections of playing outside until dark with footage of soccer practice, the children’s voiceovers, and escalating violin strings.

Yet they also attempt to dig into why childhood has changed so much over the decades, following journalist and author Lenore Skenazy (Free-Range Kids: How Parents and Teachers Can Let Go and Let Grow) to workshops where parents confide that they’re afraid to let their children do things they used to do, such as ride public transit alone. Skenazy landed in the hot seat for that in 2008 after she let her then-nine-year-old son take the New York City subway by himself and wrote about it. The boy was fine (and appears as a young adult to reassure viewers), but he and Skenazy appeared on several talk shows afterward where his mother had to defend herself.

Skenazy attributes modern parental fears in part to high-profile missing-children’s cases in the 1980s and the Amber Alerts of the 1990s. However, more extracurricular activities and educational requirements also eat into playtime and pile on the tension, according to evolutionary psychologist Peter Gray, author of Free to Learn, and Patchogue-Medford Superintendent Michael Hynes (who has since become school superintendent in Port Washington).

By the time they’re college freshmen, many youths struggle to make decisions and text their parents for approval, adds former Stanford University Dean of Freshmen Julie Lythcott-Haims, author of How to Raise an Adult.

Hynes says only eight states nationwide require recess. While in Patchogue, he implements programs such as yoga, mindfulness, and other creative play, which he says leads to a drop in behavioral issues.

Meanwhile, the cycle of parents and children both wanting to do what’s best reaches a sympathetic pitch through the Eason family of Wilton, whose young adult daughter, Savannah, took gymnastics and dance classes as a youth.

Savannah, who eventually studied to become a pastry chef, recalls how just the thought of filling out college applications as a high school senior made her want to harm herself. A straight-A student, she’d cry in the shower every night to hide how unhappy she was, thinking that if she could be successful in school, happiness would come later.

Her mother, Genevieve Eason, now advocates for giving children more unsupervised play while assuring parents they’re not being neglectful. “We shouldn’t have let her take on so much.”