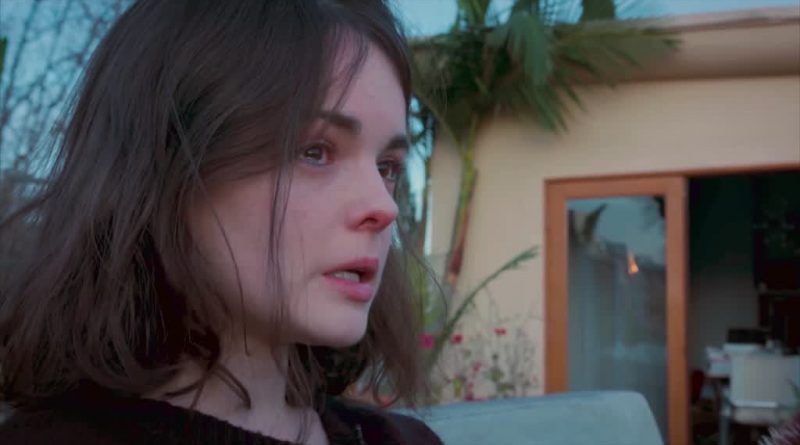 “I thought that God was supposed to help those who help others.” – Claire.

“My grandma taught me to always make my bed, and I do, but I luckily have a maid who actually takes care of that thankfully because that would be ridiculous because it takes me 20 minutes to do that every day…” – Claire.

What does enlightenment mean to you? For Claire in Clairevoyant, it means a host of possible paths to nirvana or at least to fame from her documentary on becoming a guru herself. An alt title for this film could have been, “A fool and his money…,” as our titular Claire is flush and fast to pay serious bucks to nincompoop grifters who claim to have answers to the biggie questions while answering her vapid questions.

Chasing enlightenment is an exhausting bitch when you are in a multicultural stew-like Los Angeles. Claire is confused and rarely stops to think past her nose.

Co-writer/director Micaela Wittman (Modern Family, A.P. Bio) stars as Claire Rivers, an indulged rich girl who hires a camera crew to record her hilariously misguided journey as she tries hard to lose her ego and gain that elusive enlightenment as a Bodhi Sativa, a thing that we, who work for a living, rarely ever think about, if at all. At least not until retirement or a vacay acid trip.

Claire is earnest and ignorant, mixing up her Indians, Muslims, and Buddhists as she pays and interviews “spiritual” teachers, most of whom are total hacks who gleefully and greedily take Claire’s money.

Claire is a rich kid with a penchant for oversharing and mixing metaphors and doling out psycho/self-help jargon, which is no longer an oddity or even remotely embarrassing in this decade. It is just all-too-commonplace, thanks to the solipsistic natterings of everyday Joes and Jills on the old TikTok. Why virtue signaling isn’t an Olympic sport by now is a complete mystery.

She tries to pick the brain of Guru Bodhi Dharma, who delivers unto her greeting card platitudes for a fee. Her wise advice? No adornments. Ergo Claire contemplates jettisoning her adornments per the “highly esteemed” Guru. Then a magical creek occupies her mind. Then Zomer and Guru Ben infiltrate her brain. In the end, all roads lead back to Yoga, and a sit-down come-to-Jesus with her parsed, and pained mother who has closed the barn door well after her prized filly ran out to pasture. “What is your end game here?” the mother asks Claire. Cue the belly laughs as miffed Claire jangles with the adornments of a bellydancer in a self revision to feel more spiritual.

“At least you didn’t come to the front door in a burqa,” says mother, trying to talk out her frustrations about Claire’s meandering raison d’etre.

Clairevoyant, co-written/directed by Arthur De Larroche, is is quirky condemnation of the modern-day idle rich, dialed-in parenting and a ludicrous spiritual quest with visions of a fledgling filmmaker searching for a Netflix deal. Truth be told, the film could have been edited a smidge as the premise wears a bit thin.

Ultimately Claire’s depression is revealed, and the hoopla is a distraction for her to self-medicate and feel better about her place in the scheme of life. Again, if you have bills and obligations, none of this navel-gazing is relevant. Claire’s quest to kill her ego covers every angle, and by the end of the film and an arrest and bailout from mom, Claire has a great revelation about herself, and Bill and Ted’s Excellent Adventure comes to an end. Be excellent to each other, and get your own answers.

The great news is that Wittman is on to something and has a natural affinity for physical comedy and a subtle and razor-sharp wit.