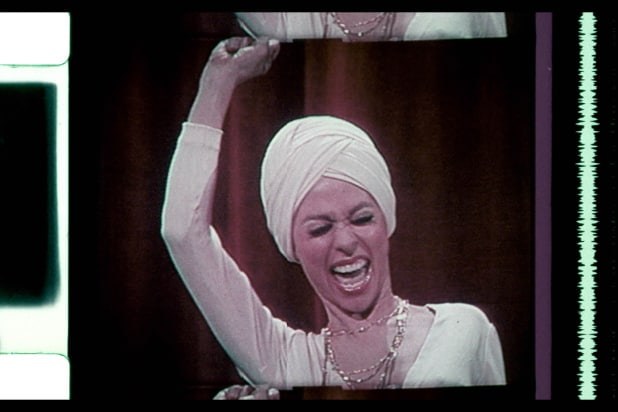 In her 70 years in show biz, Rita Moreno has won an Emmy, a Grammy, an Oscar, and a Tony. That’s how versatile she is as an actor, singer, and dancer. But this excellent biodoc about her long life shows her to be also political, persuasive, puckish, and dedicated — attributes that also led to all those awards.

She was born in Puerto Rico in 1931. “I wanted to be a movie star from the time I was 5,” Moreno says. At five, she emigrated with her seamstress mother to New York City. Her mother dressed her like a doll, but she was called a “spic” — among other curses. Moreno blazed trails by virtue of being poor and brown and female — and persistent. She had to battle racism and sexism in a Hollywood made for and by white men. She was cast by the studios as Polynesian, Native American, or Egyptian, and she was objectified in skimpy costumes to highlight her supposed Latina spiciness. Even after winning an Academy Award for her role as Anita in West Side Story, Moreno continued to be cast for color rather than talent.

How she came out of that system with humor is a miracle, but how she came out as a political force that would not put up with abuse takes no explaining. It’s just the natural extension of being true to herself.

Her own commentary includes descriptions of being raped by her agent and abused by her lover, Marlon Brando. Moreno is cast in her documentary with co-stars like George Chakiris, mentees like Eva Longoria and Gloria Estefan, and fans like Justice Sonia Sotomayor, Hector Elizondo, Lin-Manuel Miranda, Morgan Freeman, and Whoopi Goldberg.

Puerto Rican director Mariem Pérez Riera balances vintage clips with contemporary views of Rita Moreno. The documentary takes its title from an inscription on a t-shirt, which Moreno says describe her to a tee as a woman “who decided to go for it.” The documentary shows how she did and how she triumphed, personally and professionally, to support women’s rights and her fellow Puerto Ricans.