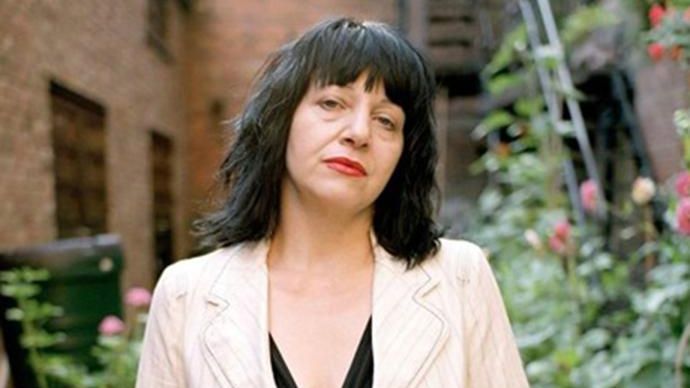 Lydia Lunch holds nothing back when she explains the role trauma plays in her art in director Beth B’s new documentary, Lydia Lunch: The War is Never Over. “Really what you need is the tenderness you were denied as a child, as a defense mechanism. If you’re not going to get it, you will look for something monstrous to compensate in a reverse and negative way. Trauma is greedy. You can’t calm me down? I’m going to f*ck you up.”

In every generation, there are musicians that all but the edgiest critics and fans see as cacophonous, pretentious claptrap. Much of the work of Yoko Ono and John Cage, for example, falls into that category. Many of these experimental performers create art that expands beyond music, through multiple modalities, including visual art, dance, theater, and film. They are often seen as iconoclasts and trailblazers, even as they repel a large percentage of the population. All that describes Lydia Lunch to a T.

You think you’ve seen angry musicians? The vitriol, the razor sharp observations and weaponized feminism that have been fired off by Lydia Lunch since she first took to the stage in the late 1970s is a singular sight to see and hear. Few women have exposed themselves in such a raw way, especially in a public forum. She transmutes trauma and victimhood by revealing her own from every sordid angle, confronting the monsters at their source, and she does so from the spotlight, and surrounded by noise. She unapologetically growls, yells, croons, and whispers from the stage, something she has been doing so for over 40 years.

The film is largely focused on interviews with Lunch herself, sequences of which are interspersed between footage of music and spoken word performances. A pioneer of the No Wave movement, she is shown playing in the band Teenage Jesus and the Jerks, which she formed in 1979, as well as subsequent projects with a variety of collaborators. As documentaries go, it’s fairly safe and straightforward, until Beth B reveals the arc of Lunch’s story. Up until that point, “Why is Lydia Livid?” would have been a great name for it, but Beth B guides us through to the moment when we hear, from Lydia herself, the genesis of her rage. Her role as provocateur makes far more sense given that context, as does her drive to introduce others to their own inner demons. She knows firsthand monsters make other monsters.

For many girls coming up in the 80s and 90s desperate to escape the conformity expected from their gender, she allowed a redefinition, an expansion of what it meant to be a woman and a feminist. Along with adjectives like frilly, sweet, and demure, how about aggressive, predatory, unapologetically sexual, and enraged and loudmouthed about it? It is a message that continues to resonate 40 years later for women who have had trauma, and Lydia reminds us of it as often and in as many ways as she can: Slay the monsters, or become one yourself.