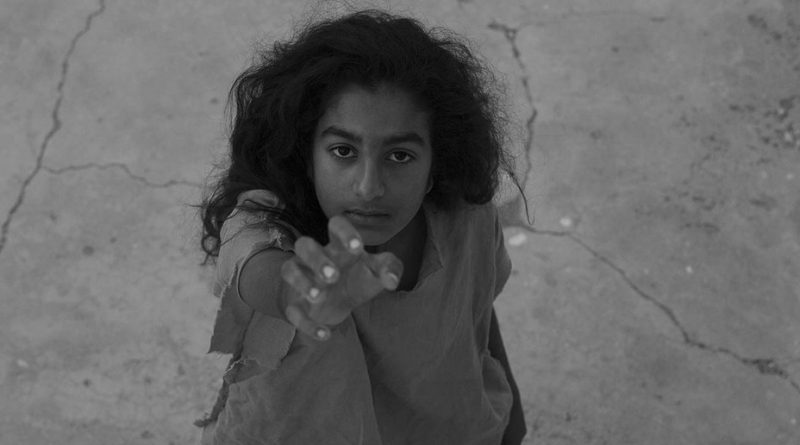 When you live in a society that demands you sacrifice your daughter for survival, what happens when she fights back? Writer-director Shahad Ameen explores that dilemma in Scales, a narrative feature conceived as a feminist parable that also calls to mind a myth or a fairy tale.

The world of Scales is certainly grim. On an isolated island, a fishing community sacrifices a daughter from each family to the Sea Maiden, ensuring a future catch. The Sea Maiden doesn’t just provide fish as food, however; she turns the daughters into mermaids, which the community’s sons and fathers hunt so that everyone can eat – at least their tails.

One night during such a planned sacrifice, Muthanah (Yaqoub Alfarhan) has a change of heart, snatching his baby girl, Hayat, back from the water just as a scaly hand touches the infant’s foot. Twelve years later, he and Hayat (Basima Hajjar) are still paying the price for his actions.

Hayat has scales on her foot that threaten to bloom into mermaid skin whenever she’s in the water. They itch on land, causing other children to call her dirty. The women in the village, including her mother, ostracize her, saying she wasn’t meant to live. Meanwhile, the fishermen call her father a coward and instruct him to take whatever’s left once he’s done butchering their catch.

When Hayat asks to join them, the lead fisherman (Ashraf Barhom, 2010’s Clash of the Titans) tells her the best thing she can do is give herself to the sea. Hayat tries, but she’s not willing to submit to life under the waves. She drags home a mermaid instead.

Filmed in black and white (and in Arabic with English subtitles), Scales at times has a dreamlike quality with little music on the soundtrack but mostly the locals’ singing and natural sounds such as lapping waves. Wide shots convey loneliness, insignificance, and isolation – and not just that of Muthanah and Hayat, but of the entire community that’s accepted this way of life.

Ameen and Hajjar, who appeared in Ameen’s earlier films (Leila’s Window, Eye & Mermaid), create a young protagonist to root for in Hayat, who finds she’s no more welcome at first among the boys and fishermen. Scales never explains how this society or the sacrifices came to be, and the film has a few confusing narrative moments and pacing issues. Yet as a parable about upsetting the status quo, it poses an important question: Maybe there’s another way.