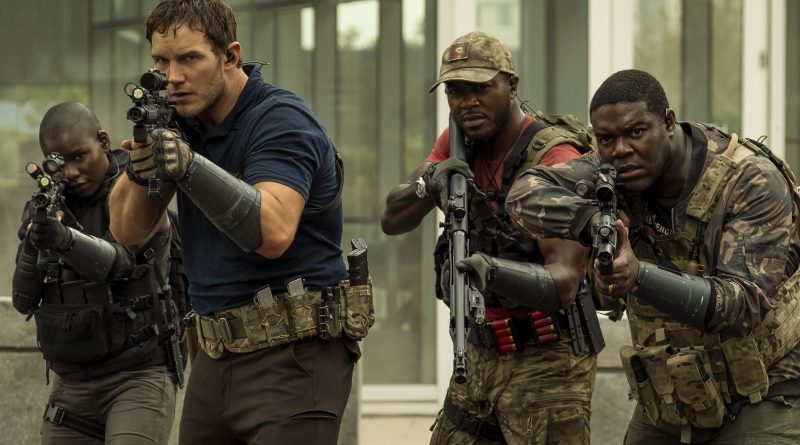 Coinciding with the recent revelation of UFO reports, this frightening sci-fi fantasy imagines what might happen if – today – we learned about a future alien invasion and, perhaps, had the power to prevent it.

In December, 2022, Earthlings discover that – 30 years in the future – the entire planet will be invaded by ravenous, relentless beasts who feast on humans. Resembling alien-infused Velociraptors, they’re called White Spikes because of the bony projectiles stemming from their tentacles.

Utilizing an experimental time-travel device, young soldiers from 2051 arrive, urgently begging for global help. Since they’re our descendants, the various nations of the world unite to conscript ordinary adults. Implanted with a digital armband, each draftee is required to serve for seven days but only 20% survive the week.

A brilliant, methodical scientist, she’s working on a lethal toxin to save the human species from extinction and needs Dan to retrieve vital ampules from a science lab in war-ravaged Miami. If her time-jumping plan it works, they might be able to change the course of history.

Full disclosure: My son, Don Granger, is one of the producers.

On the Granger Gauge of 1 to 10, The Tomorrow War is an exciting, escapist 7, streaming on Amazon Prime Video.