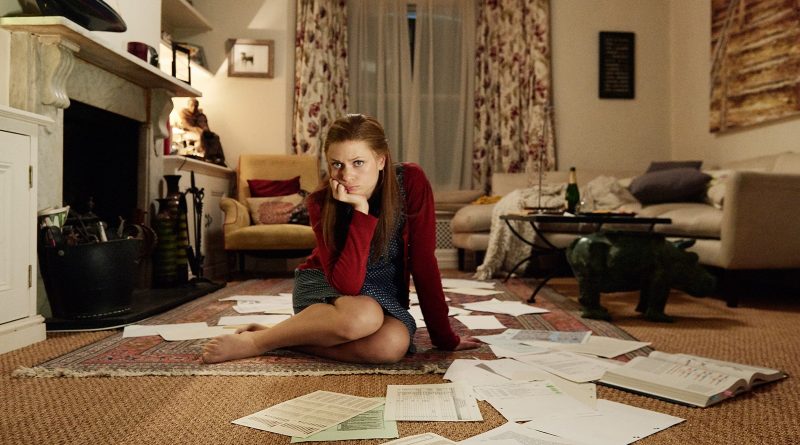 The British romantic comedy Love Type D certainly proposes an intriguing if far-fetched premise – that certain people carry an unlucky-in-love gene that causes them to endure a lifetime of serial dumpings by those people that they are attracted to. We find this out when we meet 20-something cubicle worker Frankie Browne (Maeve Dermody), whose current beau Thomas (Oliver Farnsworth) sends his nearly 12-year-old precocious school–boy half-brother Wilbur (Rory Stroud, a delight) to deliver the bad news that she has been dumped. Even worse, Thomas is now dating a beautiful famous female astronaut.

That is when science prodigy Wilbur, whose glasses are forever askew, suggests that Frankie might carry a gene that causes her companions to eventually break off their relationship. She scans the internet to seek more info and finds online ads touting a genetic company that sells a test to see if you have the so-called dumpee gene or if you are a dumper. Dr. Elsa Blomgren (Tovah Feldshuh) promotes her product and notes such signs of the gene, such as having childhood pets run away or playing Scrabble by yourself. Soon, Frankie recruits her co-workers to take a sort of pregnancy-type test and several prove positive. She determines that one must dump their dumpers to make the gene benign.

We should applaud first-time writer-director Sasha Collington for coming up with a truly unique fantasy premise. However, Dermody spends much of the film moping about when such a farcical premise craves energy and snappy dialogue. Plus Stroud is allowed to steal every scene he appears in. By the time that a psychic and elephant pheromones enters the picture, the script starts to desperately droop.

To be honest, the only time I chuckled out loud was when Frankie shows a new male intern how to use the copy machine. When he asks if the sheets of paper should be printed on back and front or just one side, Frankie tells him that her boss is a climate-change denier, so one should be perfectly fine.