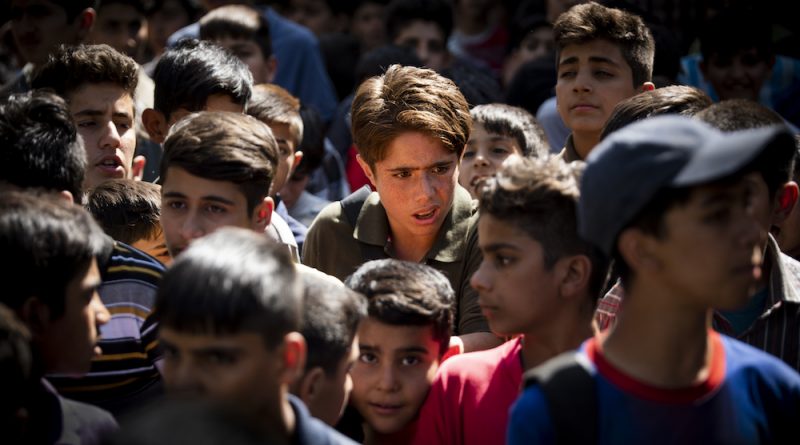 It is dedicated to the 152 million forced into child labour in the world.

Sun Children is centred on an adolescent Tehran street kid named Ali (Rouhollah Zamani) and three of his friends, all of whom work hard — often at petty crime — to help support their families.

Their fathers are absent: addicts, in prison, dead.

Ali is hauled up in front of local gangster, Hashem (Ali Nasirian) and given an important task: retrieve a treasure buried under the graveyard. The only way in is through an old water pipe that runs from the basement of a school next door.

To do this job, Ali and his sidekicks must enroll in the school to get access to the water pipe and to the treasure.

They are not school material and are soon expelled for fighting, but with the help of a sympathetic Vice Principal (Javad Ezzati), they are allowed to return and given one more chance.

So begins their double adventure — the bare beginnings of an education at the charity-run Sun School, and the dangerous mission of digging underground toward whatever treasure lies beneath the graveyard.

Ali has a particular motivation to find the treasure. He is hoping to find a place to live and get his mother out of a local psychiatric hospital where she has been since a house fire decimated their family.

His buddy Abolfazl (Abolfazl Shirzad) is an Afghan refugee who risks being deported with his family if he gets into any kind of trouble.

Ali is sweet on Abolfazl’s sister, Zahtra (Shamila Shirzad); she sells useful items on the Tehran metro and Ali does his best to protect her from the transit police. The children watch out for one another.

While the underground caper continues, growing increasingly dangerous, the young men become involved in issues at school. Sun School runs on donations and can’t pay the rent, and much is at stake, since the entire student body is street kids getting a second chance.

The criminal scene in the tunnel is claustrophobic and harrowing; the classroom is the one place the children actually get to be children, and the film moves seamlessly between dark and light thanks to the performances from the child actors, all non-professionals.

As Ali, the centre of the story, Zamani won the Marcello Mastroianni Award at Venice 2020 for emerging talent. He and his ‘gang’ are all first-time actors, as is every child in the film.

Films about children are common in Iranian cinema (since the revolution) as a way around the censors. Sun Children is energetic and engaging, but the story of street kids engaged in a treasure hunt has a broader message about contemporary social issues and inequities in Iran. It’s a heartbreaking saga of poverty and determination.

The filmmaker — Oscar nominated for Best Foreign Language Film for Children of Heaven — has made it clear that children’s rights, particularly the right to an education, are the centre of this film.

Sun Children is in Farsi with English subtitles.