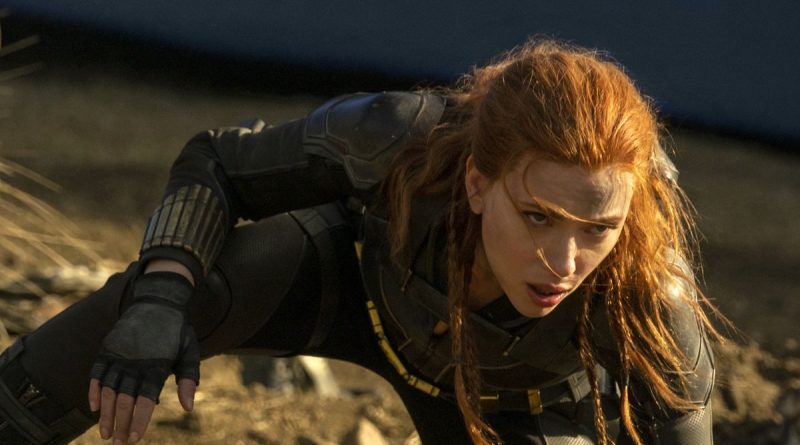 After three Iron Man movies, a trio of Thors, three Captain Americas, and even two Ant-Man adventures, there’s no question that Natasha Romanoff — the Marvel Cinematic Universe’s main (and, for far too long, only) female Avenger — was overdue for her own stand-alone film. Cate Shortland’s Black Widow rises to the occasion, exploring Natasha’s complex history and motivations … accompanied, of course, by a hefty dose of kick-ass action. The movie opens with a flashback to Natasha’s youth, revealing that she was part of a faux family established to provide cover to her “parents,” super soldier Alexei “Red Guardian” Shostakov (David Harbour) and brilliant scientist Melina Vostokoff (Rachel Weisz). When their mission ended, Natasha and her “little sister,” Yelena, were forcibly taken to the Red Room, a Russian facility masterminded by the evil Dreykov (Ray Winstone) to turn lost girls into deadly assassins. Natasha (Scarlett Johansson) became a star pupil, but her path ultimately led her to join the Avengers, where she tried to atone for some of her sins.

The bulk of Black Widow takes place between the events of Captain America: Civil War and Avengers: Infinity War. Dodging the U.S. government, which wants to arrest her for being in violation of the Sokovia Accords, Natasha ends up reconnecting with Yelena (Florence Pugh), who’s working to free Dreykov’s retinue of “widows” from the mind control they’ve been subjected to. In order to succeed, they’ll need to reunite their undercover family, a task that will require all of their skills.

It’s always a little anticlimactic to watch a prequel/flashback movie about a character when you already know their ultimate fate (and therefore also know they’re not really at risk), but thanks to a strong cast and well-defined characters, Black Widow succeeds. On the surface, it’s a fairly standard action flick, with heroes, villains, double crosses, fake outs, a MacGuffin or two, and tons of explosions. And it’s certainly fun on that level. But look a little deeper, and you’ll see that Shortland is telling a story about women’s agency and right to choose. Not every woman can stick up for herself with knives and acrobatic fight moves, but we can all speak up for our sisters and stand by their side when they need our help. Or a helicopter to fly. — Betsy Bozdech

Sherin Nicole Black Widow is a nice surprise for action fans. This new Marvel movie launches into the espionage genre with the unblinking verve of a Bourne or a Nikita. It’s an unexpected form for an Avengers offshoot to take. But that’s what makes it work. The filmmaking is tailored to the Natasha Romanoff character, not to the wider cinematic universe. That’s good decision making. Director Cate Shortland gets it—the storytelling and found family dynamics are strong, especially when framed by epic set pieces and unexpected jolts of droll. And the twists keep coming, which makes story crafters Jac Schaeffer and Ned Benson along with scribe Eric Pearson worthy accomplices to Shortland’s vision. Black Widow aims for spy craft action and doesn’t miss. Read full review.

Jennifer Merin Cate Shortland’s directorial perspective and prowess are evident in every frame of Black Widow. She has not only created a beautifully crafted and technically impressive flick, she’s planted seeds for serious thought and discourse that make Black Widow meaningful and memorable. You don’t need to be an MCU aficionado to enjoy Black Widow, and it may not make an MCU devotee of you, but film has sufficient substance to maybe make you want to watch it twice. Read full review.

Nell Minow: Surprise! It isn’t only the male Avengers who have stories enough for a stand-alone film. Producer Scarlett Johansson and director Cate Shortland finally do Natasha justice, with a layered story weaving in action, family, and humor, each enhancing and deepening the others. And it is a love story, not a romance, but a story about love of family, however non-standard and dysfunctional, the families we grow up with and the families we create once we are grown, sometimes the same people, sometimes not. It is also a story about how we create ourselves, formed in part by our past but ultimately formed by our sense of who we want to be. Read full review.

Sandie Angulo Chen: We don’t usually pick franchise films for #MOTW, but the Marvel Cinematic Universe’s Black Widow has managed to imbue the backstory of Scarlett Johansson’s character Natasha Romanoff with a touching twist that explains more about her origin story. The action film also introduces Natasha’s sister Yelena Bolova (Florence Pugh), who seeks out her Avenger sister to help save all of the active black widows being held under mind control. Director Cate Shortland, working off a script by Eric Pearson, focuses on the relationship between Natasha and Yelena in this missing moment between Civil War and Infinity War. Pugh, as always, gives a fantastic performance, and Johansson, who has played Natasha for the past 11 years and is a producer on the film, looks delighted to reclaim and retell this part of her character’s past. A story about the meaning of sisterhood, family, and agency that explores feminist themes and explores the MCU’s most prominent woman.

Leslie Combemale There are a number of derivative story elements, but they are packaged in a new and empowering way, even as they stretch our suspension of disbelief to a near-breaking point. Who am I kidding? Marvel is fantasy. Natasha is a super soldier in a world where she’s friends with a Norse God, a man who shrinks to the size of an atom, and a dude who woke up after being frozen in ice for over 50 years. Read full review.

Cate Marquis Finally, it’s the girls’ turn to be the superhero! After so many Marvel comics movies where women, no matter how powerful, are relegated to supporting roles, Black Widow puts a real female character fully in charge and at the center of the comic book action. Sure, Brie Larson starred as Captain Marvel but, truth be told, that character is a space being that might look like a human, female or male, which is how the Marvel universe flipped the gender. But Marvel’s Black Widow is a human woman, albeit one with a special set of skills, and Scarlet Johansson leads in a femme-centric tale packed “girl-power” action and sisterhood partnership. Packed with fast-paced fantasy adventure action, plenty of quips, and with a marvelous (pun-intended) Florence Pugh as her sister and equally marvelous Rachel Weisz as brainy mom, the women run this show while the men largely are relegated to supporting roles. Sure, it’s just popcorn entertainment and, like all superhero movies, packed with cartoon violence, but it sure is refreshing, and highly entertaining too. Pass the popcorn – and let the women take charge. They have waited long enough.

EDITOR’S NOTE: Comments by the full panel of Team #MOTW members are missing due to lack of timely access of the film.