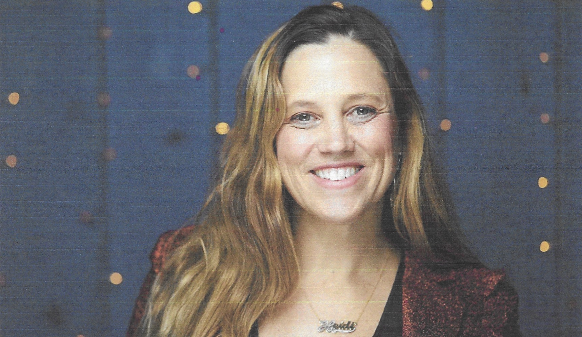 Filmmaker Heidi Ewing is drawn to people who have compelling stories to tell. As documentarian, she has garnered acclaim and awards for nonfiction storytelling that has pushed the documentary genre into the limelight with titles such as Jesus Camp, (2006) and Detropia (2012) that have been a mainstream avenue for approaching social justice and other issues in an entertaining and enlightening way. Working with producing/directing partner Rachel Grady at Loki Films, Ewing has pushed the boundaries on nonfiction film accessibility by creating a successful self-distribution model that delivered their films to audiences and created a dedicated fan following. Ewing says she is thrilled that in recent years audiences have embraced documentaries, a medium that continues to push the boundaries of what is possible in cinematic storytelling. Most recently, she’s applied her skills to her first narrative feature film, which she directed solo. The truth-based film, I Carry You With Me, premiered at Sundance Film Festival 2021, where it won the Audience Award and the NEXT Innovator Award. It is releasing theatrically in July.

THE ROAD TO FILMMAKING

When Heidi Ewing went off to college at Georgetown’s School of Foreign Service, her plans didn’t include filmmaking. Soon after arriving at the university, her interest in writing plays and short stories led her to the Georgetown Film Society where she discovered a new path. “We made really bad, pretentious movies,” she remembers with a laugh. “Black and white, 16mm Jesus parables. It was so embarrassing.” But she credits those early experiences, making “bad” movies with her friends and classmates, as the point where she “got the bug.” She goes on to explain, “Creating something out of nothing was really exciting to me.” After graduation, Ewing took a new path to Los Angeles where she says, “I did a lot of stupid jobs, trying to find my way.” In Los Angeles she signed up for a night course in documentary filmmaking. When her instructor screened uncut footage of an interview with the Dalai Lama in Tibet, she was fascinated. Through that experience, she learned, “If you make documentaries, you can knock on anyone’s door. You have this path to ask questions to anyone, as long as you’re doing it with honesty and with ethics and curiosity.” Nonfiction filmmaking was, “a way to move through worlds.”

For Ewing, it wasn’t just a new creative endeavor. “I’d never heard of a career like that. And so I chose documentary filmmaking at that moment, and then started my path that way.”

THE IMPORTANCE OF PARTNERSHIP

That path led to a friendship and partnership with Rachel Grady. They met at Gabriel Films in New York where they worked together on a film about the Church of Scientology. It was a 1998 Investigative Reports episode, Inside Scientology. The project itself involved prank calling the church and being followed, among other things, the experience was invaluable to Ewing and Grady, who would go on to launch their own company, Loki Films. “We knew we’d be good business partners because we had a similar sense of humor.”

One project led to another and before long, Ewing and Grady were producing their first feature, The Boys of Baraka. That film took them to Kenya to tell the story of a group of boys from Baltimore who leave home to attend a boarding school in Kenya. Their second, Jesus Camp, took them to a camp in North Dakota and was nominated for the Academy Award for Best Documentary in 2006.

Loki Films has a mission to “shine a light on unknown worlds and make films that matter.” For Heidi Ewing, that means, “We want to explore worlds and people that we’re genuinely curious about. After projects that have taken her crew around the world, though, she says her biggest journey has been much closer to home. Brooklyn, to be exact. The 2017 film, One of Us, took a closer look at the Hasidic community, including those who choose to stay and the ones who wish to leave. “We would take a subway to our shoots, and we would be literally crossing into a completely different world that’s like a mile from our homes… I would say that that was probably the most surprising and arresting journey we took because it was at home.

Another journey that began at home was Ewing’s newest film, I Carry You With Me. One night, over dinner at Sundance Film Festival, she got to talking with her friends Iván and Gerardo, who shared pieces of their past that she had never heard. The two met and fell in love while still young men in Mexico. Out of concerns for their safety and a lack of opportunities at home, they left their home and families behind, seeking a new life together in the United States. What began as a documentary about her friends quickly grew into something much different.

“I always tell people that you have to find out what a film should be,” Ewing explains. “It became apparent when I started filming this movie that I was shooting the third act of a movie.” She describes it as a “sweeping, epic love story,” and acknowledges that telling a tale like that in documentary form constrains the project.

Her solution was something of a hybrid. She would introduce the audience to Iván and Gerardo in the present, before flashing back to a fictionalized account of the early days of their relationship and their journey north. She says, “I didn’t want to short shrift that epic sweeping nature of the film by fitting it into a documentary genre.”

Time is an important component of Iván and Gerardo’s story, and Ewing wanted to be sure to convey that in the best way possible. “It’s a film about memory and remembering and misremembering. And I think that I felt that it was better done in a feature form.”

I Carry You With Me gave her the opportunity to stretch herself and develop new skills. One of the first things she did was purchase Final Draft and start writing her screenplay. “I think you’re always learning as an artist,” she says. “Every project is a learning experience.” In addition to writing, this was her most substantial experience working with costume designers and prop masters and actors. “It’s like a giant, floating, creative endeavor, and you pull the wrong thread and the whole thing comes apart,” she muses.

Her biggest realization through the process? “I love leading a group of people that has one common purpose… It made me so happy to know that there were 50 of us, sometimes 80 of us all towards the common purpose of telling this beautiful story together.” It was an experience that has stayed with her. “That’s how we were spending our hours, our day, our months. We could have been doing anything else. But we were doing this one thing. And I found that a very, very beautiful dance ritual.”

The film premiered at the 2020 Sundance Film Festival where it won both the Audience Award and the Jury Prize in the NEXT section. After playing at other festivals throughout the United States – virtually because of the pandemic – it would go on to be nominated for two Independent Spirit Awards, three from LEJA, and the GLAAD Media Award for Outstanding Film in Limited Release.

“We know it’s not about the awards, but I have to say, being recognized by people at Sundance, and the Spirit Awards, and GLAAD is especially big recognition for us,” Ewing says of her nearly two dozen recognitions. “It makes you think you’re, you’re made to do it, like, you know, you’re not totally off base, you know, like, someone someone thinks you’re doing a good job.” And the film has specifically been embraced by both the LGBTQ+ and Latinx communities. “That vote of confidence from those communities is really important, because we really tried to make an authentic movie.” Kudos to Heidi Ewing who has built her laudable career and cinema catalogue by listening to fascinating people, learning about their circumstances and helping them to tell their stories with authenticity and grace. Whether she’s focusing on a strict religious community, the physical and financial impact of manufacturing shutdowns on an industrial city, or two men risking everything to seek the freedom to love each other, Ewing’s empathetic lens captures the humanity of her subjects, while she is always seeking new opportunities to grow and develop her own unique talents and skills. As she says, “We’re interested in a journey of discovery.” — Karen Peterson